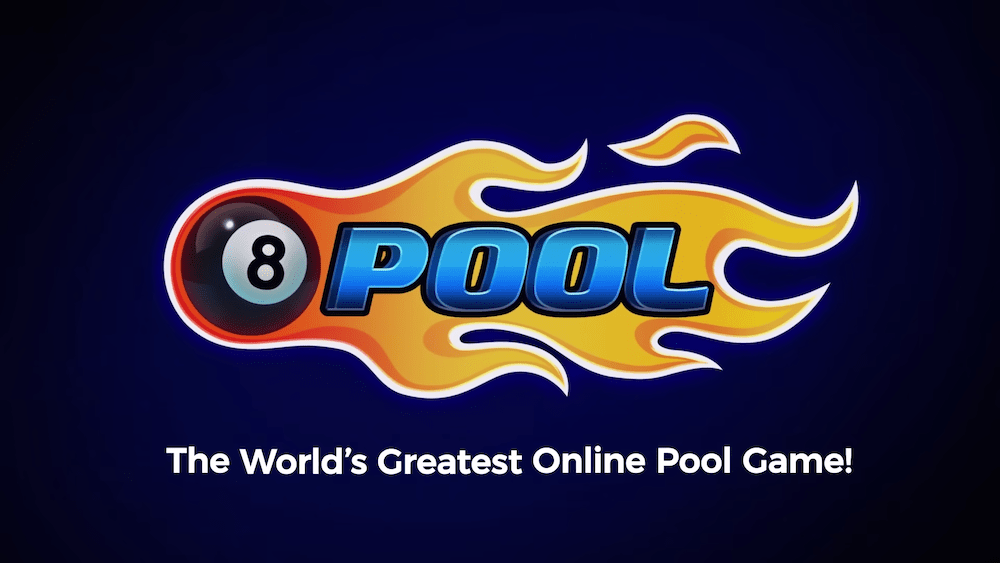 8 Ball Pool MOD makes it easy to win online billiard matches with opponents from around the world. Free download at APKmazon now!

It would not be an exaggeration to say that billiards is currently the most popular sport among young people. Although it requires high accuracy and ingenuity when playing, these things do not make the game lose its appeal. Catching this trend, publisher Miniclip has released the game “8 Ball Pool” with elements of classic billiards plus many new things, making the game famous as soon as it was released. Up to now, 8 Ball Pool has more than 500 million downloads with 5-star rating on the google play platform. Join us to learn more about this “phenomenon” in the article below.

Surely, a table with 16 balls on it is no longer a strange image to us. However, what exactly do you need to do in the game to win it?

There are a total of 16 balls with 1 cue-balls, 1 black ball with the number 8 on it, 7 striped balls, and 7 solid-colored balls. At the beginning of each game, the colored balls are placed in a pyramid-shaped order. The system will randomly pick you or your opponent to “break” the pyramid, which is using the cue-ball, and shoot it directly to the pile of 15 other balls. Then, you need to pocket all the balls of 1 type (solid colored or striped) in order to win. You can take the turns continuously until you make a foul, which can be one of the following: pocketing the white ball, the white ball touches the other typed balls, no balls touch the rim or the white ball touches nothing after a shoot. If so, the opponent will take the turn.

8 Ball Pool has up to 5 different game modes with many interesting challenges.

After winning a game, you will receive a box of rewards, which can be seen in the home menu. The higher rarity of a reward box is, the longer it takes to open. Champion-ranked reward boxes even take up to 12 hours to open!

Enjoyable as it is but remembers that you only have 4 slots available for the boxes. If you have already had 4 boxes, any boxes that you gain later can only be opened right away by cash and will be automatically disposed of when denying the offer. Also, you can only unlock one box at a time, so, be sure to have a smart opening order.

After finishing a level in 1v1 or tournament, you will receive some experience points. As it reaches a certain amount, your level will be increased with coins and bucks as prizes. Moreover, the higher your level, the higher your rank is. By upgrading your rank, you will be facing people with similar experiences as you, creating highly competitive battles.

The number of loots and bonuses after each game will be much higher as your level increases, so, what are you waiting for without getting into the battles now?

You can also see your statistics as well as other people’s by clicking the avatar frame. Here, your total matches, win rate, rank, etc. will be shown to the public. If you don’t want the opponent to underestimate you, be sure to create an outstanding statistic.

Shoot the balls with different cues

You don’t have to use a plain, wooden cue again and again because in 8 Ball Pool, there are tons of cues for you to choose from. What’s more? Each cue will have its own unique characteristics: strength, power, rotation and time, which you can base on your playing style to obtain the right one.

Each cue has a different rarity that will bring benefits to the user. For example, a rare cue will add 15% more experience for the player, whereas a legendary cue will add an additional 15% to player experience, free recharge, and a refund of the entry fee if the player loses the match. However, powerful cues can only be used in a specific number of times. You can “recharge” it by paying coins, so don’t be too worried about that.

Coins are of utmost importance because you will use this to place the bet at the beginning of each game. If you win, you will take it all. However, everything will be taken by your opponent if you lose. However, there are tons of ways to collect coins, such as winning matches like mentioned above, opening loot boxes, spinning the lucky wheel, etc. Coins can also be used in the shop to purchase new tablecloths, cues, and much more.

Cash is much harder to earn since it can only be collection upon reaching new levels or completing achievements. Almost every cool item in the shop is only available to purchase with cash, so be sure to save for your favorite things and don’t waste it.

8 Ball Pool is a fully online game, so it is imperative that you always be connected to the game’s server while playing. Therefore, we confirm that there are no mods that allow you to use cash or gold for free in the game. However, it still has a mod of the game available to make it easier for you to win the matches. Here is the MOD feature:

Be careful when using this mod because there is a chance that your account will be banned.

Bringing a sport from real life into a smartphone is quite a hard task, but Miniclip has successfully done this, hands down. 8 Ball Pool is enjoyable with your friends, family, and almost everyone around! What are you waiting for without trying it out right away?