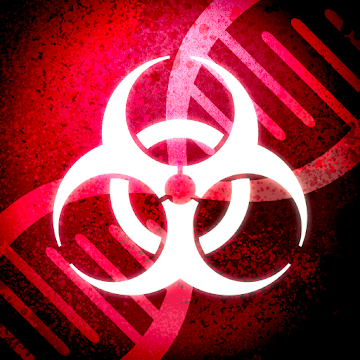 With an original pathogen, how does it develop and spread globally, becoming a pandemic like Covid 19? Find the answer through the virus pandemic simulation game – Plague Inc.

The spread and rapid development of the covid pandemic have caused great fear around the world. The cause of this epidemic is still a mystery. If you want to know the process of formation and development of viruses, Plague Inc is a unique game to help you know it. This game combines strategy and realistic simulation. You will be the one to spread dangerous pathogens all over the world to destroy humanity. Through this game, you will fully understand how a virus invades humanity. With realistic 2D graphics and easy gameplay, it is the perfect game for entertainment. Moreover, you will learn to practice logical thinking in making plans and tactics.

Plague Inc is developed by Ndemic Creations and published by Miniclip, creator of many popular mobile games on the Play Store such as 8 Ball Pool, Carrom Pool, Mini Football… Most of these developer’s games often use close themes and simple casual gameplay, but Plague Inc is an exception. This simulation game turns you into a villain whose goal is to destroy life on earth. To achieve this goal, you will release dangerous viruses in specific locations and then spread them around the world.

Plague Inc did not attract much attention at the time of its release. Until the covid pandemic broke out all over the world. Many people are curious about how viruses spread to invade the world so they download and play Plague Inc to find the answer. The game has now reached more than 100 million installs on the Play Store and received more than 3 million positive reviews from players. Are you ready to try it?

Spread the disease to the whole world

Plague Inc offers players an exciting mix of strategy and realistic simulation. The gameplay in the game is simple but very attractive. Your biggest task when playing the game is to find a way to spread a dangerous global epidemic to end human history. You will be the winner when your virus kills all. To perform this task, you are provided with more than 11 types of diseases for you to spread. Besides, the game also has three difficulty levels for you to choose from normal to special levels.

Usually, these types of diseases are bacteria, parasites, viruses, fungi, biological weapons, etc. You need to choose the type of disease, then look at the map and choose the first spreading country. Then spread the epidemic to other countries to wipe out everyone in the world. The secret for you to win this game is to try to increase the likelihood of infection. The more severe and contagious the disease, the more victims at the same time will die. If you let the epidemic weaken, the small number of patients but the high death rate will make countries wary. This will reduce the possibility of contagion as countries will close their borders. At this point, your viruses will have no individuals to grow and they will be defeated quickly.

The game offers many different types of Plague. Each type has its own characteristics, specifically as follows:

Plague Inc simulates what happens on Earth when the epidemic from the beginning to when it spreads everywhere. Based on humanity’s consciousness index, the game has three different difficulty levels including easy, medium, and hard. Like in real life, the spread of the virus depends on the sense of community. On the easy level, viruses spread very quickly because people don’t know how to protect themselves. They live in a polluted environment, laboratories do not work to produce drugs, the government does not care about epidemics … They are all reasons why the virus can quickly spread and cover the world. However, on the difficulty level, things have changed much.

Humans know how to protect themselves. Meanwhile, research laboratories work hard to produce vaccines and governments spend billions of dollars running anti-virus campaigns. At this time, you will face a lot of difficulties if you want to spread the disease.

The challenges in Plague Inc increase over time. As the disease spreads rapidly and kills too many people around the world, red alerts are issued. At this point, the governments will focus all their resources on running campaigns to prevent the epidemic. New drugs will be produced to cure diseases. At this point, you need to use new tactics to improve the epidemic to make it more difficult for governments.

In other games, the currency is money or diamonds. However, in Plague Inc, DNA is the currency. DNA often appears randomly on a map. Therefore, you need to pay attention to the map to collect them fully. In addition, you can get DNA points when countries around the world have people infected with diseases or make antidotes. DNA will be used to perform actions such as buying epidemics, unlocking countries to spread, etc. Besides, you need to save this DNA to use it at the right time. The best way to save DNA is to upgrade mushroom strains. This increases transmission through spores without spending DNA on spreading activities.

Upgrading the symptoms of the epidemic

In the process of spreading, the epidemic can be defeated by the therapeutic drugs of the countries. You will lose if humanity successfully creates an antidote and cures your disease. Therefore, don’t forget to upgrade the resistance of pathogens. So, your virus couldn’t be defeated by man-made solutions. Besides, upgrade the symptoms of the disease to make the patients more likely to die. Symptoms included in the game such as cough, shortness of breath, nausea, etc. When these symptoms are upgraded, they will adversely affect the brain, heart, respiratory system, … of humans.

Moreover, if you want your virus to not be destroyed, you can upgrade the epidemic so that they survive in many different environments and weather conditions. The game allows you to adjust the way the virus spreads. You can adjust its intake through mice, cattle, air,… Especially, don’t let the efficiency of gene technology come into play. Let’s use technology to change the DNA of the pathogen itself. In this way, you will make the virus more complex, spread quickly, and difficult to find a cure. Let your viruses become strong and immortal so they can infect everyone and die.

Monitor the spread in each country

At the main interface of Plague Inc, you will be provided with the entire situation of the spread of the virus and events taking place around the world in “News”. When accessing News, you get information such as the number of deaths, the number of infected people, the world chart of the disease, the information on the General Infectious Diseases, the treatment chart, the epidemic.

Plus, you can know the time of large-scale events such as the Olympics, Summit, etc. This is a good opportunity for you to spread the epidemic disease quickly. Therefore, you should regularly follow the News to know the current situation and plan the spread of the disease. Moreover, the ability to control disease in each country also varies. If you don’t monitor these metrics, you won’t have a timely response plan. This is also the cause of your virus being destroyed.

A large world map with clearly divided areas is defying the onslaught of diseases you create. Download Plague Inc now to experience the realism and excitement of spreading disease and destroying humanity.