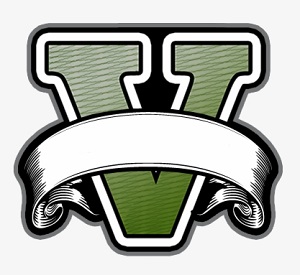 In 2013, Rockstars officially released Grand Theft Auto 5 (commonly known as GTA 5), an open-world sandbox game for Windows, Play Station, and Xbox. This is the 15th version of the GTA series, which is already very popular on many platforms. Immediately, it set records for the world gaming industry when it became the first game to reach $1 billion in sales after only 3 days of release. Currently, GTA 5 is the second best-selling video game of all time with over 150 million copies sold globally.

Besides the strong upgrade in graphics, the game brings a lot of improvements in gameplay and storyline. You will really become a criminal in the underworld of Los Santos. If you are a fan of the GTA series and have been fascinated by the crazy criminal world in the San Andreas version, you definitely cannot ignore GTA 5. This article will introduce you to the outstanding features. of the game. Besides that, we will discuss the mobile version of GTA 5. If you have ever searched for the keyword “Download GTA 5 APK for Android” on Google, would you believe that the mobile version of the game is available? You will find the answer in this article.

All events in GTA 5 take place in the city of Los Santos, a familiar area for those who have played Grand Theft Auto: San Andrea. Before reaching the main plot, you are transported back in time to 2004 to participate in a bank robbery with Michael Townley, Trevor Philips, and Brad Snider. After being discovered and chased by the police, the gang car explodes. All three are presumed dead.

Nine years after that event, Michael Townley now took the alias Michael De Santa, living in the city of Los Santos. He made a secret deal with agent Dave Norton from the FBI to live safely in his new place. Even so, he still causes trouble. After discovering his wife was having an affair with her tennis coach, Michael accidentally destroys the mansion of Martin Madrazo, the city’s most dangerous drug lord. The amount of compensation was so large that Michael returned to the path of crime. Now his partner is Franklin. During a robbery, Michael meets Trevor again. The two reluctantly accept the truth and work together again. The lives of the main characters in the game gradually spiral out of control as they sink deeper into robberies and troubles.

You will be on whom these characters play in their lives. How will Michael and Trevor end? The answer depends on you.

There are tons of interesting things you will find in Grand Theft Auto 5. Let’s explore the amazing features that the developer RockStar has brought to their game.

Grand Theft Auto V is an open-world action-adventure game played from a first or third-person perspective. It builds a specific plot around 3 main characters, Michael, Trevor, and Franklin. You play as one of these three main characters. Besides the main quests to unlock the story, the game allows you to freely explore the open world in the game and do side quests.

Although there is a very creative main quest system to guide the story of the characters, the game does not force you to do them. You are free to explore the open world in the game and do whatever you want. Whether you rob a random car on the street, hit someone, or simply drive around the city teasing pretty girls, it’s all possible in GTA 5.

All three characters in the game have a single goal of money. It motivates them to perform dangerous tasks. Therefore, many of the missions in the game revolve around robberies. You can use the money in the game in many different activities such as buying new guns, unlocking and upgrading cars, investing in stocks, playing in nightclubs…

Freedom is what the developer wants to bring in GTA 5. You can temporarily forget the story missions to do whatever you like. Besides that, there are also tons of interesting side quests to explore. Don’t forget that there are new contents that are only unlocked when you complete specific story missions.

As we have introduced, GTA 5 has three main characters, Michael, Trevor, and Franklin. They are all dangerous criminals. Besides, the game also builds a system of extremely diverse secondary characters. They are often related to the main plot. In addition, there are a few NPCs that bring side quests to unlock more new content in the game. For example, at the beginning of the game, you meet Lester Crest, an old friend of Franklin. He is the one who assigns tasks to all three main characters to carry out robberies. And Martin Madrazo, the Mexican drug lord who pays Franklin to do some dangerous work.

Weapons in GTA 5 are very important. Your characters are all criminals in the city, so they can’t just fight with their bare hands. You need weapons to protect yourself and fight the enemies. The diverse weapon system has always been a feature of the GTA series. So this fifth edition is no exception. Currently, the game has 84 different weapons divided into categories including Pistols, rifles, heavy weapons, sniper rifles, and some special weapons. Unlike other games that only allow the player to equip a few weapons, GTA 5 allows you to bring in all the weapons you already own and use at any time, as long as it has ammo. To get new weapons, you need to buy them from the weapon shop.

In Online mode, weapons are the key to defeating your opponents. Possessing diverse weaponry will help you stay one step ahead of your enemies. There are always well-equipped opponents, so you need powerful weapons to take them all down. New weapons are unlocked when you reach the required level.

Lots of vehicles to explore the city

Grand Theft Auto 5 has the largest map of all GTA released. It means that there are countless different places that you have the opportunity to explore on the map. Of course, you need vehicles to move faster. The game currently has more than 300 different vehicles available for you to move around the city. You know that’s a huge number. Cars are the most common vehicles in GTA 5.

There are more than 200 different models, they come from popular car manufacturers such as Honda, Toyota, Subaru, to million-dollar supercars from world-famous brands such as Ferrari, Lamborghini, Mcclaren… Besides, there are quite a few other vehicles that you have the opportunity to control such as bicycles, motorbikes, trucks, canoes, and even helicopters!

You can rob any car on the road but when you destroy it or step out of the car, it will no longer be yours. If you want to actually own the cars, you need to buy them from the shop. The garage will be where you keep your cars safe. Make robberies grow your business in the underworld then you will have a lot of money to buy new cars.

Grand Theft Auto V has two game modes: Single Player and Online. In story mode (Single Player), you are allowed to control one of three characters: Michael De Santa, Trevor Philips, and Franklin Clinton. They are criminals who participated in the robbery 10 years ago.

The main quests will appear throughout the game so you need to complete one to unlock the new one. You can see the clear connection of the characters with the plot of the game. Some missions can appear in all three characters, others you only need to control one. When doing missions, you can switch between the three characters whenever you want using the compass in the left corner of the screen. The missions in single-player mode are very diverse. They mostly revolve around robberies, gun battles, fighting with gangsters, buying and selling weapons… You are not required to complete the story missions. There are many other interesting things that you can discover in the game. However, as you complete the main quests, you have the opportunity to unlock lots of new content.

Basically, “Rockstar Editor” allows you to make edits such as cutting, merging, adding effects on the clips you have recorded during gameplay, and then creating a complete movie.

There are many options for you to create a unique video with a truly cinematic style. You can change the camera position, increase or decrease the “Depth of Field” (the effect of blurring the background when the camera focuses on a nearby object), color correction, shaky-cam…

In particular, “Director Mode“, as the name suggests, will turn you into a true “director” when it allows you to arrange the context, characters, time, day-night effects, weather … “Director Mode” is like a “free” game mode when you can completely arrange the “scenarios” according to your imagination (although there are still some restrictions that you can’t edit).

If you play GTA 5 without using mods, you miss out on the funniest things in this game! If you are familiar with the game mod concepts that we often introduce in this blog, you will definitely understand how the mods on GTA 5 work. It’s really interesting. Basically, mods allow you to customize everything in the game. From mods to fix costumes, add extremely unique vehicles to those that allow the addition of new characters and unique weapons in the game. Currently, there are more than 100 thousand mods that have been released for GTA 5.

Other Mobile Versions of GTA Series

Since 2014, Rockstars has seriously developed and released mobile versions of the GTA Series on the Android and iOS app markets. There are currently five Grand Theft Auto games that can be played on mobile. Check out that list right below.

Is there a official mobile version of GTA V?

It’s been almost 10 years since RockStars released GTA V for Windows, PlayStation, and Xbox Console. There have been countless rumors about this developer continuing to develop GTA 5 on the mobile platform. So far, however, nothing has been confirmed. Perhaps the big difference in hardware configuration requirements of this game makes it very difficult to run on Smartphone. We can continue to wait for an official mobile version of Grand Theft Auto 5 on Android and iOS. Meanwhile, you can enjoy another “GTA 5 mobile version” that we introduce in this article. Of course, it is not an official version however there are some similar features that you can enjoy.

If you are looking for Grand Theft Auto 5 APK, then perhaps this is the best choice at the moment. You can download and enjoy the game via the link below that we have provided. It is only available for Android.

Grand Theft Auto 5 is the most successful game of all time in the history of the video game industry. Millions of copies of the game have been sold worldwide. This is considered the best version of the Series because of the strong upgrade in graphics and new features in gameplay. If you want to enjoy a bit of the exciting adventure that Grand Theft Auto 5 has to offer, try the mobile version below that we have to offer. Have fun!