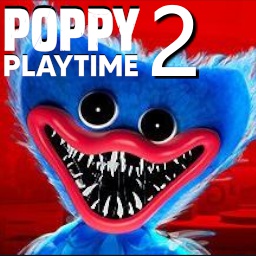 Poppy Playtime Chapter 2 is the sequel to Poppy Playtime, the indie horror game series. After the great success of the first title, the developer continues to build a new story with a lot of pitfalls and challenges waiting for you. Are you ready to play it?

About Poppy Playtime Chapter 2: Fly in a Web

Poppy Playtime Chapter 2 still takes place in an abandoned toy factory called PlayTime Co for those who haven’t played Chapter one of the series.

Poppy Playtime Chapter 2 was developed and published by MOB Studio. The developer has kept the core gameplay and graphics elements of the first chapter. The first chapter has a fairly short playing time, and you only need about 30-45 minutes to complete the whole story. However, it quickly became extremely popular and received millions of positive reviews from players on game distribution platforms such as Steam, Play Store, App Store. Poppy Playtime is considered the best indie horror game of all time.

Are you ready for the horror and suspense gameplay in the next chapter of this game?

Continuation of the story of the first chapter

Poppy Playtime Chapter 2 continues to tell the unfinished story of the first season. The game happens at PlayTime Co, the company that produces famous children’s toys. This company builds a memorable part of children’s childhood with popular products such as Huggy Wuggy, Cat-Bee, and especially the company’s iconic mascot, Poppy Playtime. At the present time of the game, PlayTime Co has been closed for ten years. The suspicion is that every employee of the company seems to have disappeared without a trace.

The story begins one day you, a former employee of the company, receive a strange VHS tape informing you that the disappeared employees are actually still stuck at the factory. With your perilous curiosity, you set out on an adventure in the PlayTime Co factory to find the answer to the mysterious events of 10 years ago.

The events of Poppy Playtime Chapter 2 take place at a time when the player has escaped Poppy’s pursuit in the factory (during the last mission of chapter one). The mysteries have not stopped when a new main villain emerges, Mommy Long Legs, a mascot shaped like a spider. She calls the protagonist “a new friend” to imply her bad intentions. It is the hint that the player is the fly that she will cast a net to catch.

Poppy Playtime Chapter 2 introduces a new villain, Mommy Long Legs. At the end of chapter one, the main character escapes from Huggy’s pursuit after knocking it down. Everything seemed to be over until a pink arm pulled Huggy away after that. It is Mommy Long Legs, a mascot shaped like a spider. Do you remember Poppy, the captive doll that was freed? It once mentioned a certain mysterious mother, and it was none other than Mommy Long Legs. The white door in Poppy’s room that was blocked in chapter one is now open. Mommy Long Legs seems to be the mastermind behind all these conspiracies.

Not only Mommy Long Legs, but players also have to face a lot of new villains. They are all corrupt products from the toy factory.

If someone asks me if they have to play Chapter 1 of Poppy Playtime before enjoying Chapter 2, the answer is NO. You are not required to play the first chapter of it because the gameplay of Poppy Playtime is extremely easy to grasp. The control and interaction mechanisms are simple and clear. Maybe it only takes you a few minutes to hold everything in the palm of your hand.

Poppy Playtime Chapter 2 keeps the core mechanic of chapter one’s gameplay, GrabPack. It is not difficult to use. GrabPack is a tool used to pick up, drag, and collect specific objects in the game. It works like a pair of mechanical hands, consisting of a red arm on the protagonist’s left shoulder and a blue arm on the right shoulder. Some doors or shortcuts can only be activated with GrabPack. It can be said that GrabPack is an important mechanism to create the attractiveness of the game.

In Poppy Playtime Chapter 2, players still control the main character to continue the adventure in the abandoned toy factory to solve the mystery. Your main goal is to move through different locations in the factory and run away from the hunts from the giant doll Mommy Long Legs. There have been many comparisons in its gameplay to the horror series Five Nights at Freddy’s. Still, Poppy Playtime clearly does a better job in advanced puzzle mechanics, with the obvious difference coming from the GrabPack functionality.

Besides the toy factory, Poppy Playtime Chapter 2 introduces several new locations. The first is an abandoned train station, where the Mommy Long Legs hide. You can easily see the spider webs strung above the trains. Next is a strange room with blue and red buttons everywhere. Finally, a secret cave is located below the toy factory with many pitfalls.

Poppy Playtime Chapter 2 retains the control mechanism of its predecessor. You control the main character from the first-person perspective. Use the virtual joystick on the left to move and navigate. In the zones, there are objects that you can interact with; just touch them.

Once equipped with GrabPack, you have an extra button to control it. Just move the dot in the center of the screen to the objects, then press the hand button to catch it. Note that GrabPack only works with certain objects.

You can hardly find any tutorials in the game. Even so, the control way is very simple and clear. It also has no maps or checkpoints. All you can do is move forward and find a way to solve the puzzles. Do not make noise because they are the signal for Mommy Long Legs to catch and kill you.

Regarding the graphics and sound of Poppy Playtime Chapter 2, of course, it is still extremely impressive. The game reminds me of the Five Nights at Freddy’s series, but the developer has made things better. Like most horror games, Poppy Playtime Chapter 2 cleverly uses sound to create an atmosphere of mystery and suspense for the player. The sounds are mainly from the player’s interaction with the objects. The tunes become strong, loud, and scary in some action sequences.

MOD APK of Poppy Playtime Chapter 2: Fly in a Web

Similar to chapter one, Poppy Playtime Chapter 2: Fly in a Web is a paid game on the Play Store. You need to pay $4.99 to get it. Don’t worry because you can download and play this game at our blog completely free.

Well, if you’ve played chapter one of Poppy Playtime before, you definitely can’t miss this game. In addition to the core elements that made up the success of its predecessor, chapter two brings a new story with new villains that promise to immerse you in the dark and mysterious atmosphere of the game. Millions of players have rated Poppy Playtime as the best indie horror game series of all time. Do you agree with this statement? Download and play it now to have your own answer.

The game is officially available on Steam. The Android version will be released soon.