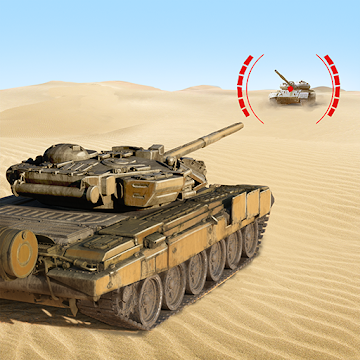 Wallcraft the fiery battle between massive tanks? War Machines is sure to satisfy your cravings. So, without wasting much time, let’s get into the details!

Tanks have always played an important role in wars in history, especially World War I. There is no denying that these war machines were once a symbol of the might and progress of a nation. Therefore, it is not surprising that many people want to immerse themselves in battles where tanks play a decisive role.

War Machines is a famous game that was released on Google Play. Currently, it is one of the most famous tank war-inspired games. Up to now, there have been more than 10 million downloads.

Although the context in the game is not as fierce as the battles that take place in real life, it partly describes the difficulties that the soldiers have to go through in those brutal wars.

In the rest of the article, let’s learn more about the gameplay, graphics, and sound that make this game so great.

If you are a fan of this game genre, you will feel satisfied with what this game brings. Fun Games For Free has worked hard to bring epic battles to your phone.

You will play as a tank that will participate in uncompromising wars where you must fight to survive. All you need to do is use all your weapons to destroy as many tanks as you can.

A battle lasts only about 3 minutes. That means you don’t have time to hesitate. Your enemies will come from many different countries, and all have the same goal of invading your land. They can come from China, the USA, Russia, Japan, etc. Whoever they are, destroy them mercilessly.

After the battle is over, the person who shoots down the most tanks becomes the winner.

War Machines has many modes available for players to choose from. These include:

If you choose the Free for All mode, you will join a war where anyone gets no help. That means anyone around you is an enemy.

For the Team Deathmatch mode, you will be part of a mighty tank army. Your task is to accompany your team to go to battle with other teams.

Whichever mode you choose, you need to do your best to stay alive for as long as possible. We recommend choosing the Free for All mode to get used to the gameplay. Once you get used to the controls, it is time to conquer other tank corps by choosing the Team Deathmatch mode.

The game has a lot of tanks available for you to choose from. Each tank will have different features. As a rule, what you pay for. Expensive tanks will give you significant advantages, such as solid shells for good defense and greater power to take down other tanks with ease.

On the other hand, it is possible to upgrade your tank stats to increase its combat potential. Stats that you can upgrade include Attack, Shots, Armor, and Movement.

It would be boring to have to play over and over again on the same terrain, right? Do not worry. This game offers you a variety of maps to choose from, such as Hill Base, Desert, Village, Oil Field, so on.

Besides participating in a few fiery battles, you are also taken to many places and do many different tasks. Of course, there is nothing better than fighting in many different locations.

Graphics and Sound: Better Than Expected!

There is no denying that the sound of this game is excellent. It gives you realistic sounds that make you feel like you are fighting on a real battlefield. Therefore, we recommend wearing a headset when experiencing this exciting game.

In terms of graphics, the publisher also did a great job. The graphics of this game are designed in 3D. The developer has created the most realistic images possible to depict fierce wars. What’s more, you can also get interesting effects when your tank moves or shoots down opponents.

If you want to fight in the world of cute characters, try other fun games like Zooba. On the other hand, War Machines is only for those who really want to experience the fierceness of the real battlefield.

Improve your tank with experience earned after completing battles. In addition, you can get a new tank and install powerful weapons on it to continue participating in the upcoming battles. On the other hand, it is possible to purchase for real money.

This game is suitable for almost any Android device. So, what are you waiting for? Download War Machines now and take your favorite tank into exciting battles.

Thank you for reading!