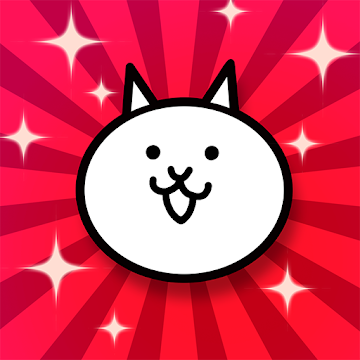 The Battle Cats takes you into the humorous battles of cats. Are you ready to lead your army of cats against the world? Don’t forget to download the latest mod of The Battle Cats at our blog for unlimited use of cat foods in the game!

The Battle Cats is a tower defense game developed by PONOS Corporation and released on app markets in 2014. The game is available for free on Android and iOS platforms. There is no epic graphics like AAA games on mobile, but The Battle Cats still attracts millions of players with simple gameplay, humor, and an interesting story behind it. If you are looking for a mobile game to kill your free time while sitting on the bus, this is definitely a great choice.

The game is humorously themed around cats’ battles with their enemies. With three campaigns, over 200 levels to conquer, and 300 different cats to unlock, The Battle Cats offers a fun gaming experience for everyone.

In the near future, the world is in crisis because of war, economic crisis, terrorism everywhere. However, a whole new threat has emerged, The Battle Cats. The cats evolved to be aggressive and they are plotting to take over the world. It sounds weird but humans are too hard to resist because these cats are too cute. So the world was quickly invaded by cats.

You will become the leader of the cats engaged in humorous battles. Instead of fighting human armies, your opponents in The Battle Cats are dogs, horses, hippos, snakes, and many other creatures. The battles in the game take place in locations around the world such as Asia, Africa, and even Antarctica.

As we introduced, The Battle Cats is a tower defense strategy game. Everything in the game is completely simple and easy to understand. In each level, your only goal is to destroy the enemy base before they do it to yours. To remove all the complicated elements of a tower defense game, The Battle Cats displays everything on a horizontal 2D screen. There is no time limit in a battle. It only ends when one side’s base is destroyed. The mechanism of the game is very simple, the top right of the screen shows the amount of money you have to produce cats. You need to touch a cat unit in the list of units below to produce them and send them to the battlefield. The amount of gold in each level automatically increases. So what you need to do is wait until there is enough money to produce or upgrade the cats.

Normally, strategy games often require you to use the right tactics to win, which doesn’t seem to be the case with The Battle Cats.

What you need to do is quite simple including tapping to produce cat units, upgrading them, or using power-ups to deal massive damage to enemies. You also do not need to calculate to place the cats on the battlefield because all produced cats will come from your base.

The cats in the game have weird and bizarre shapes that we bet you’ve never seen anywhere. Each cat unit in The Battle Cats plays a different role in battle because they have their own skills and stats. So based on the situation of the battle you need to produce the right cat unit to win. The choices will definitely confuse you because the game currently has more than 500 different cat units. Some are quite cheap but have little health, some are extremely powerful but very expensive to produce. Your opponents in this game are other creatures like dogs, snakes, hippos… they seem to be the real enemies of cats in real life.

Play through many stages

The Battle Cats brings 9 main chapters, each chapter has 48 different levels. The world in the game is divided into 3 areas: “Empire of Cats”, “Into the Future” and “Cats of the Cosmos”. These areas are unlocked as you progress through the game. Each area in the game brings a lot of different challenges that you need to conquer. Winning levels offer a chance to receive gold rewards, cat foods, or unlock new cats. The higher the level, the more difficult the challenge as your opponent gets stronger and stronger.

Unlock and upgrade your cats

The cats are of course the main character of this game. In The Battle Cats, you can unlock and use more than 300 different cats. They are the units that you use in battles. Although there are many cat units, in each battle, you can only equip a maximum of 10 units.

These cats vary in shape, size, and function. In the first few levels, you only use basic cats. By winning battles, you have the opportunity to unlock more new cat units. In addition, some cat units can be unlocked by purchasing in the store. Each cat unit in the game has a certain role in the battle. Some cats with large HP often lead the team to take damage from enemies. Some are much weaker but have special skills that deal massive damage to enemies. How to produce cat units in battle is the key to your victory. Be sure to always create tank cats first, then other cat units.

More than 300 cats will appear in The Battle Cats however only a few are available at the start of the game. The rest you need to unlock during the game or buy with cat foods. A special feature that you will enjoy while playing is the ability of cats to evolve. Each cat unit in the game can be updated to a maximum of level 10. At the highest level, the cats can transform into a new form and unlock new skills.

The 300 cats in the game are classified based on their rarity. There are currently 6 cat units: Normal, Specials, Rare, Super Rare, Uber Rare, and Legend rare.

As for the graphics, the images in The Battle Cats bring humor to the shape of cats. Forget the familiar appearance of the cats you see in real life because the cats in this game are completely different. The developers have shown their great creativity when combining cats and other creatures to create a unique character.

Other tower defense game you may like: Swamp Attacked 2

MOD APK of The Battle Cats