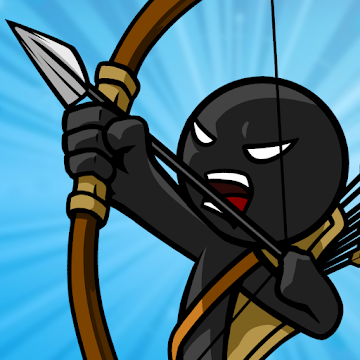 I am a huge fan of strategy games. For me, these games are not only entertainment but also a challenge. And I found a game that made me spend hours playing. It’s a classic strategy game on smartphones, its name is Stick War: Legacy.

Stick War: Legacy is a tactical stickman war game. The game is about the war between the stickman kingdoms in which you are the leader of one of them. Can you conquer everything? – Learn about Stick War: Legacy in the article below with APKmazon.

Stick War: Legacy is a story of war and conquest in the world of Inamorta. You are a king ruling a peaceful and prosperous kingdom. Around your kingdom are aggressive and battle-hardened empires. They worship the god of war and always want to invade your peaceful country. So as a leader, you will have to protect your kingdom.

Surrounding you are kingdoms that worship their weapons, which are Swordwrath, Speartons, Magikill, and Archidons. The special thing is that in these territories, their army only uses one weapon to fight. They are also master warriors when it comes to this type of weapon. These 4 empires all want to invade your kingdom. To defend your territory, you must wage war against empires one by one. If you defeat them, you can recruit warriors to your army. Overcoming all the opponents, you will be able to summon swordsmen, archers, witches, gladiators, and giants.

After winning the war with the dangerous enemies around, you will become a powerful empire, it is also time to write history. At this time, you have talented and skilled armies. As a king of a powerful kingdom, you receive a lot of help from the people of the surrounding areas about the brutality of their country. You decide to start a war with the surrounding countries to rescue innocent people. And so your conquest begins.

The statues are the embodiment of your and your opponent’s stronghold. Knocking down the opponent’s statue means victory.

In Stick War: Legacy, there are 4 main game modes that you can experience:

In these 4 game modes, there will be difficulty levels of Normal, Hard, and Insane, respectively. But I recommend starting from Normal to get used to the gameplay.

To be able to win against your opponents, you will have to build a powerful army. You will start with 2 miners and some gold. Miners will work hard to bring you coins. This amount of coins will be used to summon combat soldiers or train more miners. You will have to build a powerful empire to fight opponents. Depending on the progress of the match, you should adapt to come up with appropriate tactics to win.

After each stage, you will receive some points to use to upgrade your strength. Specifically, you can upgrade weapons and health for warriors. If you want to earn gold faster in battle, upgrade your miner, they will mine and bring you more gold. Or if you want to strengthen the defense, upgrade the soldier statue and the defend archer.

Remember one thing: Upgrade points are limited per round. You also won’t be able to upgrade again. So it will be very important if you know your next opponent and come up with a reasonable upgrade plan for the match.

In addition, you can also strengthen your army with Gems. Gems can be used to buy spells that give you special powers. It can be increased attack power, increased troop health, increased mining speed… These will give you a lot of advantages.

You will control the kingdom on the left side of the screen and the enemies on the right. Pay attention to the icons in the upper corner of the screen, they represent your battle states.

The arrow pointing to the left is the retreat state. When you choose to retreat, your troops will retreat to hide behind the statue. This is when the archers defend and shoot arrows from within the statue at the enemy. In this Thai camp, all the soldiers had retreated and the defending archers were the only ones on the battlefield. So if the archer’s fire is not enough to destroy the enemy, they will still come forward and knock down your statue.

The shield icon in the middle is the defensive state. This is where you take your time to deploy and prepare for battle. Unlike the withdrawal state, in the defensive mode, miners can still work to bring you coins. Soldiers will deploy troops above to protect the statue. If the enemy attacks, they will fight back fiercely.

The last icon is an arrow pointing to the right. This is of course the state of attack. When you click on this icon, your entire army will simultaneously rush to attack the opponent. Miners will only stay in the safe zone to continue mining coins to reinforce the war.

What makes Stick War: Legacy such an attractive game is because of the tacticalness of this game.

The first is the tactical nature of how to build an army. This is the early game, you have to balance your financial situation to decide whether to train miners or build your army. This is a very important and stressful period. If you train your miners too much, they can bring a lot of coins, but you won’t have the army to defend if you are attacked by surprise by the enemy. On the contrary, if you don’t have enough miners, you won’t have enough resources for a long war.

Next are the tactics in building the squad. Your opponents will be armies with different types of soldiers. To gain an advantage, you will have to deploy troops to counter them. For example, when the opponent is a swordsman with a close range, you should prioritize using archers to be able to attack from long range.

Finally, tactics in the states of attack – defense – retreat. To become a winner, you will have to make accurate and reasonable decisions in situations.

In the gameplay of Stick War: Legacy, sometimes, the people you have defeated will seek revenge on you. They will assemble an army and attack you by surprise. The course of the war will still take place, as usual, you have to find resources to build an army. But this fight will be much more difficult when the speed of the game is pushed up very high. Enemies will attack you at any moment and you must be prepared to defend and fight back very quickly.

Besides upgrading with upgrade points received after each victory, you can also strengthen your army. This enhancement will consume your Gems. You will strengthen your soldiers by buying skins for them. Skins not only make your army more beautiful but also give you some special effects. But to unlock these skins, you will have to pay with a lot of Gems.

In addition, you can also get enhanced items by opening the chest. To own chests, you will need to win games to earn stars. Each game won you will be awarded a star. When you have enough 20 stars, you can convert it to a chest to open – corresponding to 20 wins.

At APKmazon, you can download the MOD APK version of Stick War: Legacy Unlimited Gems completely free. In this version, you can delight in enhancing your soldiers with skins and spells to experience different powers.

Stick War: Legacy is a strategy game suitable for entertainment. Each game lasts only a few minutes. Game control is easy to get used to. This is a game not to be missed for those who love strategy games.