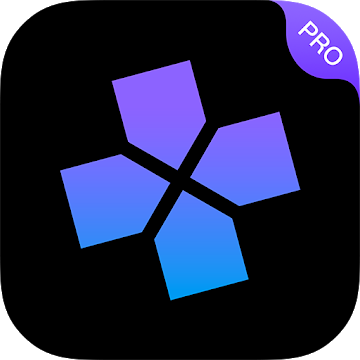 Download the latest version of DamonPS2 Pro on APKmazon to easily run any PS2 game right on your Android smartphone!

PlayStation 2 is the 6th generation game console developed and released by Sony in late 2000. Up to now, PS2 remains the best-selling console in the world with over 150 million units sold (only counting to the end of 2011). After nearly 20 years, newer Sony gaming devices have been developed and appeared on the market. However, PS2 has become a symbol of the global gaming industry.

It has been more than 7 years since Sony announced that they stopped producing and supporting their PS2 devices, the legendary games on this system have not stopped attracting gamers. If you want to go back to your childhood with the legendary exclusive games on PS2, you definitely need a PS2 emulator. Today, we bring to you one of the best, DamonPS2 Pro.

Introduced as the fastest PS2 emulator in the world, DamonPS2 proves that it’s not a lie. This app is one of the fastest and most feature-rich emulators you can use to play PS2 games on your Android smartphone!

DamonPS2 Pro is a paid app on the Play Store. However, it received over 1 million purchases from users. The reviews received were mostly positive. Join us to explore the outstanding features of this app now.

The best PS2 emulator on Android

DamonPS2 Pro is not the first PS2 emulator for Android. But we believe it is the best you can find right now. Another great plus for the application is that the developer is always working on bug fixes and updates to new features to make DamonPS2 Pro better and better. DamonPS2’s free version has reached more than 10 million downloads on the Play Store. Meanwhile, there are over 1 million purchases for the premium version. DamonPS2 Pro provides quality and stable console to help you play PS2 games easily on Android devices.

The biggest obstacle that makes users access DamonPS2 Pro is the configuration requirements. This application has a capacity of only about 30M. It can be installed easily on most Android devices, including low-profile devices. However, the main problem comes from the PS2 games that you will be running. Unlike Android games which have been well optimized for this platform, the way PS2 games run on the Android operating system is completely different. All tweaking and operation are through an emulator. Therefore, it requires high configuration to ensure everything works stably and under control. You can install this app easily on your Android smartphone, but there’s no guarantee that you will be able to play PS2 games smoothly. Therefore, our recommendation is to use a device from mid-range or higher for the best playing experience. Once there, you will see the power that DamonPS2 Pro delivers.

Play all PS2 games on your Android devices

There are dozens of legendary titles on PS2 that you should not miss. There are a few typical names such as the series God of War, series GTA, Resident Evil 4, Metal Gear Solid 2: Sons of Liberty. Fortunately, they run well on Android thanks to DamonPS2 Pro!

Rummaging through memory, you need digital discs to play PS2 games on the original device. However, with an emulator, it is not necessary. Currently, you can find most zip files of PS2 games ever released. They are packaged in ISO format. DamonPS2 Pro supports this format and you can run games through emulators. We tested quite a few games on the app and they always work perfectly.

What you need to do is download the ISO files of the game you want to play, copy them to your device memory and run them using DamonPS2 Pro. There are many websites that you can access to download game files. Note that the PS2 games are quite large so always make sure you are using a good WIFI connection for the download.

If you’ve used some of the emulators we’ve covered before such as ePSXe or PPSSPP, you’ve certainly heard of the concept of BIOS. This is a must-have component on any emulator. BIOS stands for “Basic Input / Output System”. In essence, you can think of the BIOS as a system of code that makes your emulator work.

A suitable BIOS is required to integrate into DamonPS2 PRO to ensure that everything works. Thanks to the talented programmers who have extracted the default PS2 BIOS file. Then, these files are shared on the internet. Just search for “PS2 BIOS” on Google and you will get matching results to download a suitable PS2 BIOS. Due to copyright reasons, the developer of DamonPS2 PRO states that they cannot pre-integrate BIOS on their emulator. Therefore, users need to install this file manually. Don’t worry because we understand this, we give you the right BIOS file so you don’t need to search for it anymore.

If your PS2 emulator is not working, check BIOS first!

Despite being a powerful PS2 emulator, DamonPS2 Pro offers a completely user-friendly and easy-to-use interface. The PS2 you have installed can be found in the “Game” list and you can open it to enjoy it easily with just a few taps.

If you have a bit of experience in tweaking video game configuration, you should try accessing the app’s Settings. Here you can find all the options available to optimize your gaming experience. There are four different categories available for intervention which are Graphics, Sound, Control, and System. Visit each of the individual categories to find more in-depth options. Basically, the developer has optimized the default settings on DamonPS2 PRO so that the application can work stably and smoothly.

We’ll talk a little bit about these settings. The first is the graphics settings. This is the most valuable option because here you can change the default resolution of the game you are running on your emulator. If your game drops FPS frequently, the problem may be with its resolution. Try changing the game resolution slightly lower to reduce the performance load for the device’s CPU and GPU. There are also a few other small options you can find at “Graphics”. All of these sections come with detailed instructions so you can understand how they work. Don’t forget to enable the “Enable FPS” option to check the game’s frame stability.

Besides, you can visit “System” to see more advanced options such as bypassing BIOS load on boot, the number of slots to save status, managing memory card, etc.

If you want to use the Gamepad to play emulator games, you need to pay attention to the “Controls” tab. There are deeper options here to help you manage your gamepad connection, change buttons, or pair new devices.

Even if you have successfully installed DamonPS2 Pro, your device still needs to meet the configuration requirements of this application. You must be wondering why running a game from over 20 years ago requires such high configuration, the answer is the difference in hardware. Today’s Android devices have powerful configurations, but they are not born to run Ps2 games. That’s why you need emulators like DamonPS2 PRO. Emulators help your device to run PS2 game formats, so it requires high hardware configuration. Here is the minimum configuration to run DamonPS2:

For low-profile devices, you should use a junk cleaner to increase device performance. We recommend CCleaner PRO.

We bring you the latest mod of DamonPS2 PRO. Therefore, you can easily download and install it for free. The limitations of the free version have been removed and you can enjoy this app with all its power.

DamonPS2 PRO is arguably the best PS2 emulator available on Android. It is now able to run most of the PS2 at a stable frame rate. So, if you want to enjoy legendary childhood games right on your Android smartphone, you can’t miss this app!