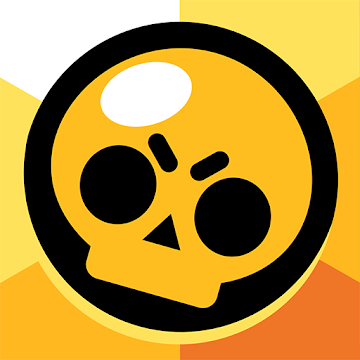 Brawl Star puts you in real-time battles against random opponents around the world. Are you ready to control your Brawlers and participate in epic battles?

The genre of MOBA has always been every gamer’s first choice when it comes to games. Because of its requirements to be smart, decisive, etc. more and more people want to prove themselves through this genre and help it become more ubiquitous by days. Surely almost everyone has heard names such as League of Legends, World of Warcraft, Vainglory, etc. Today, we would like to bring you an original but new breeze of the MOBA game field – Brawl Stars by the famous Supercells. The game quickly gained more than 100 million downloads and a 4-star rating on the Google Play platform. What makes it so famous? What drags those enormous number of players? Let’s find out more about this “masterpiece” in the article below.

The link between storylines

You don’t need to be a hard fan of Supercells to know that they are also famous for a lot of other games, in which the duo of Clash of Clans and Clash Royale stands out the most. Those two have their storylines linked together, which helps the two to become successful “together”. The same method was applied to their latter “brainchild” – Brawl Star. With the 3 different universes have something related to each other from the scenery, characters in-game, etc. gamers will be more interested in the other products and vice versa.

Though that is the story, each of them has its’ own unique vibe, atmosphere and will make the gamers fall in love with every single one. However, today, we will only talk about Brawl Star – the new breeze of the MOBA genre.

You must be wondering: What makes Brawl Stars special, so-called “new breeze” of the MOBA universe? Well, we are here to show you. In the game, you will be able to transform into the Brawlers, also known as the Heroes in other MOBA games. Your mission is to eliminate as many enemies as possible and do the tasks given in corresponding game modes.

You will be able to control your Brawler by a joystick placed to the left of the screen and attack with another joystick to the right of your device. You can only do 3 consecutive strikes maximum before the Brawler automatically charges themselves to do other attacks. Once your attacks have hit the enemies enough times, you will be able to use your ultimate – the strongest ability to help to turn the tables of the match. Sounds easy but super fun, isn’t it?

Brawl Stars provides you with over 45 Brawlers with different ways to attack and their own unique ultimate, unlocking thousands of gameplay possibilities. You can unlock new Brawlers through Brawl Boxes rewarded after a certain number of matches. Some Brawlers are only available from the Trophy Road or are sold limited in the Shop. So, you should find your most suitable Brawler according to your gameplay by trying it out and decide to purchase it or not.

In addition to the character arrangements by Roles, the Brawlers system in the game can be classified based on their rarity. Currently, there are levels: Common, Rare, Super Rare, Epic, Mythic, Legendary, and Chromatic. In addition, there are some brawlers that can only be unlocked from events.

It is common knowledge that a team should have enough roles to assure their victory. Brawl Star is not an exception. You should arrange your Brawler to fill the missing role such as Supporter, Main DPS, Sub-DPS or Controller, etc. A team with various Brawler roles surely will have a higher chance of winning compared to a team full of DPS, for example.

After a successful match, you will be rewarded with some coins. This can be used to purchase items in the shop or upgrade your favorite Brawlers. Each Brawler will have an experience bar that needs to be filled up to be able for upgrade. The bar can be filled by repeatedly find the same Brawler in the Brawl Boxes or reaching a certain point on the Trophy Road. The Brawlers’ stat will be increased tremendously after an upgrade and will be far stronger than before.

After a Brawler has reached level 9, their Star Power can be found in the Brawl Boxes and applied. With the Star Power activated, your Brawler will unlock a passive skill or a perk which will unlock the utmost potential of them, your path to victory has never been easier.

Many maps to fight

Besides the power stats of Brawlers, you need to pay attention to another important factor that can affect the outcome of the battle is the map. Brawl Stars currently has over 100 different maps. Each map in the game has a different layout, which directly affects your tactics in battle. Besides, there are some brawlers that are only suitable for a certain type of map. So you need to know how to choose the right Brawler.

When playing Brawl Stars, you will not have to play the same mode over and over again. The game provides you with 3 different events, each event has a bunch of game modes for you to try it all out. If you have tired of trophy-farming your way up to the top league, you absolutely can participate in the Special Events with addictive and fun gameplay or go solo your skill with different Brawlers from different teams.

You can also invite your friends to conquer the arena with you because why not? Game is always more fun with companions!

Get more perks with the Brawl Pass

In May 2020, SuperCell released a major update to the game that brought a brand new feature called the Brawl Pass. Basically, this feature is similar to Royale Pass in Clash Royale. You need to pay real money or gems to buy Brawl Pass. After the end of the season, you need to renew the Pass to continue using it in the next season. Immediately after purchasing the Pass, you immediately receive special rewards such as exclusive skins, boxes, and power points. In addition, there is a system of objective missions for players who have purchased the Pass. After completing specific tasks, you get rewards.

Similar to all Suppercells games, there are no mods available for the official version of Brawl Star. However, there is still another way for you to experience all the special features in the game without paying any cost. We are talking about mods of the game on the Private server. It’s called Null’s Brawl. Basically, you can play Brawl Star normally like the Play Store version, but instead of connecting to Supercell’s official server, you connect to a Private one. On this server, you can get special benefits like unlimited money, crystal, unlock all brawlers…

Brawl Star MOD (Private server) is modded based on the official version of the game. It means you can play with gameplay and features exactly like the original game. However, you can get unlimited in-game resources for free.

In Null’s Brawl, you get a lot of special benefits. Here are the mod features:

Supercells always surprise the gamers with their unique, intriguing games and Brawl Stars is one of them. With creative Brawler models, fun soundtracks, beautiful 3D graphics, surely you will not be able to stop playing once you have started. What are you waiting for without downloading and trying Brawl Stars now!