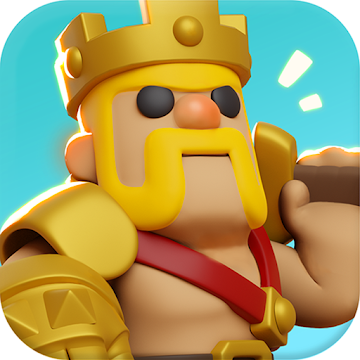 Clash Mini from Supercell is on the way to stir up the gaming community who love Clash universe.  Strategic gameplay that combines chess battle elements with a fun mini-character system will keep you entertained.

Supercell is one of the most famous mobile strategy game developers. Clash of Clans is a prime example for this developer’s fame. To stir up the gaming community once again, they have released Clash Mini. The launch of this game aims to build and perfect the “Clash universe” with Clash Heroes and Clash Quest. What makes this game stand out from others is its gameplay. It makes you feel like you are playing chess against your opponent. Although it is still in the testing phase, the game still receives a lot of compliments from players. Let find out special details that make this strategy game become popular.

Clash Mini is currently in beta so it’s only available in Canada and North America. In case you don’t find it on Play Store, your country is not on the supported list yet. Don’t worry because you can download and install it for free here. The game also requires a connection to the server so you need a stable WIFI or LTE network for the best playing experience.

The gameplay of Clash Mini is special. Instead of targeting your opponents, your strategy and formation will be more important. First, you need to gather resources, summon Minis and upgrade them. Then start a random match to see what happens. The competition venue appears as a chessboard which is divided into two sides. There will not be any Minis in the battle until you let them go. The army you have will appear on the left side of the screen. If you want to bring them to the arena, let drag and drop them to the specified cells. The battle will take place automatically. Thus, the minions will automatically fight each other until they all die.

The time for each match is only five minutes maximum. Although the match time is short, the time to think strategically to deal with your opponent is long. You need to predict the opponent’s army movement, build a reasonable strategy and arrange the right formation. During the match, if you feel that the situation is not fine, change the arrangement of your troops. The game allows you to swap and upgrade Minis with items from the shop to make them stronger. These items can be fireballs, god bows or power-ups, etc.

Clash Mini offers two game modes for you to practice: 1v1 and Rumble with seven other players. Depending on your preferences, you can choose a suitable one to show off. In 1v1, you will randomly face an opponent that the system chose. The player who gets 3 points first wins. The rewards are chests that contain gold, hero skills, or new heroes.

If you do not like single combat, try playing in Rumble mode. Seven other players will fight with you. You will play in a team and fight against others. The best players in the group will advance to the Semi-Final round to determine the winner. The group with more points will win and receive attractive prizes. Also, do not forget to test your strategy skills in rank matches. The reward for the first position in the charts is big.

The Minis in Clash Mini contains more great powers than you think. They can be magicians with spells that set fire to battle or strong warriors in the attack. They can be archers with the ability to pierce enemies with magic. Some of the characters and skills you will love are:

The Minis strength gauge will be in stars. There will be three stars to evaluate the Minis’ strength level in Clash Mini. By upgrading or unlocking features for the Minis, their power stars will increase. Depending on powers, the price for upgrading will be different. My advice for you is to buy the power package the game offers. It saves money and unlocks more powerful Minis for you to play. If you do not have enough money, try to complete missions to collect Minis and unlock new abilities. Besides, when reaching level 5 or 10, your hero will receive special skills. Moreover, the game allows you to adjust the appearance of these characters to your liking.

Clash Mini does not just provide a single arena for you to compete in. Instead, there are many arenas with different designs for you to experience. Some of them are Fish Town, Electro Valley, Windy plains, etc. In each arena, there will be special locations for specific heroes. When you put the correct function of the Minis in that position, your hero will exert its maximum power. Therefore, you need to learn the features of these areas to place the right hero.

Currently, the mod of Clash Mini is not available yet. However, you should not wait for a mod version for the official game because it is not possible. We will probably have a mod running on a Private server.

No need to wait for the global version of Clash Mini as you can download and install it right now at our blog.

The Minis heroes have gathered and are ready to get your commands to fight. Join Clash Mini and come up with the right strategy to win your opponents in real-time battles.