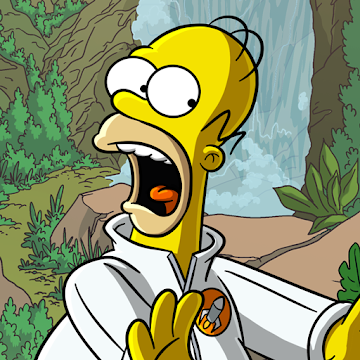 The nuclear explosion caused the whole of Springfield to be destroyed. Luckily, as the survivor, what will Homer do to revive this city? Help him rebuild everything in The Simpsons™: Tapped Out.

Based on the American’s animated series under the same name, The Simpsons™: Tapped Out is a freemium mobile video game for iOS, Android, and Kindle. The developers of the game, EA Mobile, targets The Simpsons’ fandom, as the player can create or maintain the fictional town Springfield in his way. Since 2013, EA Mobile has released several important updates to the original version of the game, with enhanced elements such as often season and holiday-themed.

The Simpsons™: Tapped Out has been acquiring hundreds of millions of dollars worldwide. In a recent report, there’re more than hundreds of thousands of downloads for this game each month. In America, its mother country, the game spent almost 200 weeks in the official mobile game chart, making it one of the greatest products from EA Mobile of all time.

The Simpsons™: Tapped Out tells the regular story of Homer Simpsons, who is living in the fictional town of Springfield with his family. The protagonist shows himself as a sort of hilarious and reckless person. Being a worker at the local’s Nuclear Power Plant, Homer has been fired for more than one time because of his poor works and low responsibilities. One day at work, Homer causes a serious meltdown, which leads to the destruction of his town. The reason for this is because of his big love for an elf-related game. It seems like Homer has to find his family to help him with rebuilding Springfield, as well as getting him back to his favorite elf-related game. Alongside the protagonist’s responsibilities, the game puts missions on the player’s shoulder. The reborn of Springfield will not only build up the familiar buildings but also bring back the key sought-out characters.

The Simpsons™: Tapped Out contains the city-building game, as the player has to take Springfield back to where it is. A great number of several buildings will be appearing in the game, which includes the original buildings from the animated series. The player will be buying the buildings using his in-game money. The game requires the player to spend donuts on Premium items. If the player needs more donuts than what he can earn throughout the game, he may have to purchase them with real-world cash. The appearance of the donuts in the game refers to the obsession of Homer for donuts within the series.

To advance in the game world of The Simpsons™: Tapped Out, the player will have to use both the buildings and the character quest-lines. The game gives the player the chance to collect more buildings and characters by completing quests and levels. This also leads to the appearance of further quests and levels within the player’s gaming experience. In the game, each building provides the player with the in-game money to collect, which includes the names such as the “Collection plate” from the First Church of Springfield and “Income tax” from houses. The player can also place the environment’s items such as rivers, pavement, roads, and decorations on the land. In the updated version of 2013, EA Mobile added the feature of the “Krustyland” transporter. This means the player can get from the original town of Springfield to the less famous Krustyland. Just like the main Springfield, Krustyland allows the player to expand and build buildings to create a complete town. This gives the player more fun in exploring the game world of The Simpsons™: Tapped Out, as he now can switch to another land after he finishes with Springfield.

The player can have his gameplay connected to EA’s Origin. When the player logs into his Origin account, he can perform actions such as visiting friends’ towns and collecting cash once every 24 hours. The game also supports the player with participating in occasional tasks during an event.

If the player insists on obtaining the statue of Jebediah Springfield decoration, he must tap Homer 10 times in a row while he is in the middle of any task. Doing this action also rewards the player with 10 free donuts, but it happens only once. In 2016, the maximum number of levels is counted to 939, as this is the Simpsons’ area code in the animated series.

The Simpsons™: Tapped Out recreates familiar faces from The Simpsons. You will meet:

Besides the main characters appearing in the reunion mission, you can unlock more interesting characters. You can meet up with Homer’s colleagues or friends at Moe’s Tavern like Barney Gumble, Fat Tony, etc. They not only make your city vibrant, but they are also the main workers helping you in construction works. Try to unlock as many characters as possible to restore Springfield’s playfulness and beauty quickly.

Take control of the city and decide your character’s fate

As the builder and help the characters return to normal life, you have full authority as a mayor. The Simpsons™: Tapped Out allows you to control everything in your city and the activities of its residents. Not only stopping there, but you can also decide the fate of the characters. You can get someone to work long hours or support them in a higher position. Let’s go around the city and see what happens in your city. Some of the activities you can affect your character are:

These jobs help you get more money and donuts to build more buildings in the city.

Unique buildings with humorous architecture highlight The Simpsons™: Tapped Out. With each building built, you can earn money from them. Therefore, do not pass up the opportunity to enrich yourself with the attractions and charming shops of Springfield Heights. Furthermore, it is up to you to decide whether to build or dismantle any unsatisfactory structures. If you have enough money and experience, do not hesitate to expand and develop the city. When your city prospers, Homer will be honored.

Like the original story, the plot in this game is unpredictable. While you can rebuild the city, you cannot predict the future. Halloween monster invasions, superhero action frenzy, or crazy crises all have the potential to bring your city down. Therefore, you need to plan for situations to deal with them. An unexpected event that comes without preparation can destroy everything.

The magnetizing graphics and sounds

The Simpsons™: Tapped Out has successfully delivered the perfect graphics and sound effects to the player’s device. Through playing the game, the player will be feeling like he is writing the story of the animated series The Simpsons. Maybe this is why the game has received so much love from the series’ fandom.

Free shopping: With this mod, you can shop everything in the game for free.

The Simpsons™: Tapped Out deserves the world’s attention, and in fact, it has been receiving incredibly positive reviews from both the critics and the players around the globe. The key features in this video game sure will bring your gaming experience to another level. Let’s start building Springfield now!