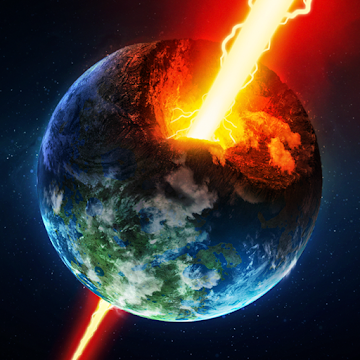 Cosmos and astronomy always contain mysteries that humans have not discovered. Learn and discover the formation of mysterious planets in the universe with TerraGenesis.

The universe with mysterious planets is always a topic that interests many people. Exploiting this topic, Tilting Point has released a science simulation game called TerraGenesis. It is a fun simulation game that allows players to discover everything about the universe. Instead of using telescopes or complicated science materials, you can directly explore space on your phones. Based on science and technology, you need to create life on other planets by cultivating the atmosphere. Elements in the game are not fictitious. Instead, you will use advanced tools from NASA to renovate dead planets. What will you do to revive these planets? Let’s explore the recipes that make for beautiful and habitable planets.

Do you want to become the almighty one who holds the development of planets in the universe? Download TerraGenesis now.

To develop a new world, the first thing you need to do when joining TerraGenesis is to build a new one. Let use the right technologies to create an environment full of living conditions. The elements necessary to constitute an environment are water, temperature, oxygen, pressure, and biomass. The time to create and build this environment is not as short as you think. Therefore, you need to devote a lot of time and attention to completing the requirements.

The four initial planets that the game offers are Mars, Venus, Moon, and Ragnarok. Depending on your preferences, you can choose one of four planets to start renovating. Try to change its natural conditions to create an environment like the second Earth. Plus, don’t forget to plant the seeds to create a suitable habitat. At the same time, you must not forget to maintain stable environmental indicators. If one of these indicators changes and is too low, your planet will be threatened. Whether your inhabitants can live happily on this planet depends on how well you build and maintain.

Developing technology to make the most of resources

When completing the renovation of any planet in TerraGenesis, you need to start thinking about researching new technologies. Life without technology is a difficult life. It is the crucial foundation that you need to develop to make this new civilization flourish. Moreover, technology is the best tool for you to exploit resources on this new planet. With advanced technology, the number of resources that can be mined will always be abundant.

However, just like the Earth, the type and amount of resources on each planet will vary. In general, the main types of resources will be diamond, carbon, rhodium. These resources are not on the surface. It’s in the deep of the ground, and only technology can help you mine it successfully. Besides, you can manage mined resources and change the planet’s usage stats. Note, while mining, pay attention to the ecology and environment. Do not overdo it and exploit too much because this will be the cause of the destruction of the planet.

Explore the planets in the solar system

With data from NASA, TerraGenesis helps you understand more about the planets in the universe. You are free to create new planets and place them in the solar system. Then manage and evolve them into new worlds. This way, you have the opportunity to learn more about astronomy. Some familiar and strange planets you may encounter are:

Make use of 64 genes and 26 ecosystems

Every day, TerraGenesis offers players many special missions to develop the planet and human civilization. Some of the main tasks that you can do are improve survival stats, plant seeds or develop the technology. Currently, you can find in the game 64 genes and 26 different ecosystems. These ecological seeds will enrich your planet. With differentiating factors, you can improve many factors on your planet. They are the thickness, depth, shallowness of the sea surface, and elevation. Moreover, based on existing genes, let create new species with technology. From aquatic ecosystems to onshore, you can own and manage. The more the ecosystem grows, the more special and long-lived your planet becomes.

The universe is infinite, we are probably not the only living beings in this universe. So far, there is no clear evidence of the existence of extraterrestrial beings. But there have been studies surrounding their existence. NASA is probably the organization that has a lot of interest in this.

While things are still unclear, why don’t we create the existence of aliens in video games like TerraGenesis? It is completely doable. Sometimes you have visits from strange beings from other planets or even another dimension. You will be the one to welcome their presence. You can choose to be courteous and cooperative to develop your planet together. Or if you are confident enough in your ability to manage your empire, you can completely launch an intergalactic battle. Regardless of the results, your planet will take damage.

The worst is when you build a perfect planet but other asteroids want to invade them. Never let that happen. TerraGenesis allows you to build a network of defensive walls around your planet. Besides, there are always satellites flying around to detect hazards. When an asteroid from another space makes an attack, alerts are sent to the center and you have to deal with them. Let’s fight and stop the invasion.

In fact, not all hazards can be prevented. Some happen as a matter of course. They bring your planet into crisis. Don’t worry because you can completely change the development strategies on your planet to survive and overcome them.

Looking at it from another perspective, TerraGenesis is not just a mobile video game. It introduces us to useful information around the development and operation of the universe. If you’ve always been curious about what’s going on beyond Earth, where we live, then TerraGenesis maybe a little help. In the Archives section, you can find the information or documents you need to build and develop a new planet from scratch. Always remember that in this game you are the creator who has the power to create or destroy an entire planet.

Each planet when created will have different requirements for matter, energy and life. Living organisms need certain conditions to evolve. They also create distinctive elements including religion, rituals. So you need to build your planet around these needs. There are countless difficult problems that you face but when you understand the core of the problem, you can solve them easily.

With the realistic 3D design, you will have the feeling of mastering the universe instead of playing games. Tilting Point has detailed all the images and data about the planets in the game to give you an intuitive view. The entire planet and ecosystems are uniquely designed. Furthermore, TerraGenesis also comes with fascinating effects to synchronize with the movements of the planets. Every time you rotate your planet, you get an overview of the developing ecosystems.

The sound in the game is as carefully invested as the graphics. Each small construction detail in the game has its unique sound. When you move to other planets, a new sound will appear. These might be those particular sounds that describe the universe that you’ve always wanted to learn about.

Unlimited Money: You have a lot of money to free shopping and build new planets.

3D graphics, immersive sound, and real data from NASA in TerraGenesis will lead you to the world of extraterrestrial planets. Download this game now to enjoy the feeling of building the second Earth right on your device.