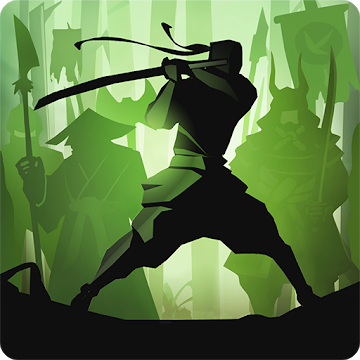 For Version 2.10.1: run the game and play only without the Internet!

Shadow Fight 2 is the most popular fighting game for mobile with over 100 million downloads on Play Store. The latest mod of the game allows you to use unlimited money in the game. Therefore, you can buy and upgrade every item in the game completely for free.

When it comes to fighting games, we often think of familiar names such as Mortal Kombat, King of Fighter, Street Fighter. They are all popular video game series for many platforms. However, on the mobile platform, there is no name that can overcome Shadow Fight 2.

Released on the app markets at the end of 2013 by Nekki, Shadow Fight 2 is by far one of the most popular games on Android with over 100 million downloads. Besides challenging gameplay, the game also attracts players by its unique graphics and diverse weapon system. It will take you many hours of play to beat all the opponents in the game.

Although the 3rd version of the series has been released by Nekki with great improvements in graphics, Shadow Fight 2 is still at the top of the most loved games on the Play Store. Many players still love the world in the game and they want to conquer all the challenges to become the strongest Ninja.

Shadow Fight 2 opens with a short video introducing our main character and the story around him.

There is no specific context mentioned, but we can see that the main character is a samurai. He is an invincible warrior who searches for powerful opponents around the world. One day, he finds the Gate Of Shadows, which holds spirits and demons in the dark world. Although he knew in advance about the danger of the gate, he still opened it in the hope of finding new opponents.

That was a terrible mistake. As soon as the gate was opened, it released the entire world of darkness and ghosts. Not only that, due to the protagonist being too close to the Gate Of Shadows, it absorbed all of his forms and turned him into a shadow. Fortunately, the main character’s strength is still intact, he decides to step through the gate and fight the powerful enemies here with the sole purpose of regaining his original form. However, things are not easy. There are countless enemies and traps waiting ahead.

Shadow Fight 2 has traditional gameplay similar to other fighting games like King of Fighter or Mortal Kombat. You will control your character to participate in 1vs1 fighting matches with opponents who are pre-programmed BOTs. Each round lasts for 60 seconds. During this time, you need to take down the opponent. If time ends without anyone getting KO, the one with more HP wins. The control mechanism is quite simple when you just need to use the left navigation key to move the character forward, backward, jump, or crouch. On the opposite side are action keys including hands, feet, darts, and special skills. It is important that you combine the navigation keys with the action keys to perform unique attacks or defenses.

Currently, you can perform attacks on your opponent in 4 ways:

The matches in the game are classified by difficulty. Levels range from easy to very hard. With very hard levels, you need to win 3 rounds to pass.

Weapons are key to winning in Shadow Fight 2. The weapon system in the game is very diverse with more than 115 different items. They are divided by rarity. With the exception of event weapons, most other items can be purchased from the in-game store as long as you have enough money. As we said, the weapon is the most important element in the game because it deals the most damage to the opponent. Depending on the weapon you use, the character’s attack movement also changes. Besides, each weapon also comes with a different special skill.

Weapons are not available as soon as you start the game. You need to complete the levels to unlock the new weapon. Don’t forget to upgrade your weapons to increase the damage of your attacks and add their new attributes. There are some special weapons in Shadow Fight 2 that you can’t find in the shop. They only appear in in-game events and boss battles. Besides completing events in the event to receive special weapons, you can defeat bosses to get Weapons from them.

If the matches in Shadow Fight 3 take place in real-time, your opponents in Shadow Fight 2 are Bots. However, do not underestimate them. There are more than 100 different opponents in the game. They are sorted based on difficulty. The plot in the game is divided into 7 chapters. Each chapter has 5 different opponents that you must defeat to advance to the boss battle. Of course, your opponents are getting stronger in the next chapters so you need to upgrade the equipment strong enough to have a chance to win them.

Shadow Fight 2 is not a complicated game but you need to be patient to conquer all the challenges in the game. In the updates, the developer also regularly adds new content to the game. Besides the story mode, there are different game modes that you can explore. Taking on challenges in these game modes offers a chance to win special rewards.

First, let’s talk about the story mode in Shadow Fight 2. It is divided into 7 chapters that take place in 7 different locations in the dark world. Each chapter features a boss, who guards the gate leading to the new area. To be able to face these bosses, you need to defeat all of their subordinates called Guardians. Especially in the last battle of chapter 7, you have to defeat 6 bosses in the previous 6 chapters before meeting the last one. The opponents in Shadow Fight 2 get stronger with each match. Therefore, you need to upgrade your equipment and weapons to be able to defeat them. When an opponent is too strong for your equipment, you get a pre-battle warning. The chances of winning very hard matches are extremely low so make sure to upgrade your items to lower the difficulty level. To get enough coins and gems for this upgrade, you need to play in other modes.

Each game mode has different rules. They offer the chance to claim great rewards if you win.

Bosses are the most interesting challenge you need to conquer in Shadow Fight 2. There are two types of bosses in the game, Shadowland, and Eternals. Shadowlands are the main bosses of the game. They are released from the Gates of Shadows after the protagonist opens this portal. They were once humans, but their souls were swallowed by the devil and turned into shadows. You need to destroy these bosses to close the gates to prevent them from escaping to the outside world. There are a total of 7 Shadowland bosses that you have to face in the game. Before meeting them, you must defeat the bodyguards. Boss battles will of course be much more difficult than regular battles. You must win 3 rounds to defeat the boss.

Eternals are mysterious creatures that awaken after you open the portal. They appear in multiplayer mode. Winning Eternals bosses gives you a chance to receive special items.

Shadow Fight 2 uses 3 currencies, coins, gems, and Shadow Orbs. They are used to unlock and upgrade items. Coins are common and easy to obtain units in the game while gems can only be obtained by winning boss battles. It is a fact that if you want to maximize the items in the game, you need to use a lot of coins and gems. They can be purchased from the store.

Besides, we bring you the latest mod of Shadow Fight 2 that allows you to use the free money in the game to buy and upgrade any item you want.

As we mentioned, Shadow Fight 2 is not too difficult a game but if you don’t upgrade your skills and weapons in time, you can get stuck on some levels. The game also limits your turn with an energy bar. That’s why we recommend using the game’s mod for a better experience.

Here are the mod features of Shadow Fight 2. Currently, this mod is only available for the Android version.

As soon as you open the game, you get countless coins and gems. You can use them to buy items or upgrade existing ones.

Energy is how the developer limits your number of plays. This mechanism is similar to that on Candy Crush Saga. By default, you have 5 energy units. When you enter the battle and are defeated, you lose energy. Every 10 minutes you get additional energy. You can buy energy using gems. However, it is an unreasonable choice because gems in Shadow Fight 2 are quite difficult to find.

If you want to play without the power limit, you can try the special version of the game. Besides, there are some exclusive items and chapters in this version. Note that it is a paid game.

Shadow Fight 2 is the perfect combination of exciting fighting gameplay and unique graphics. There are tons of challenges waiting for you in this amazing game! Please download the latest mod of Shadow Fight 2 via the link below.