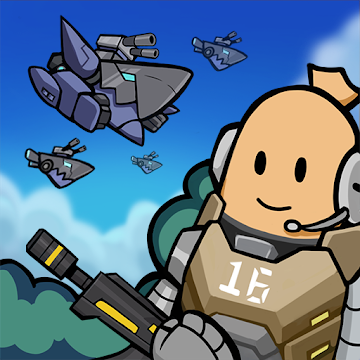 Sausage Man makes you excited to return to the battle royale game thanks to its impressive gameplay and many other unique features. Download the latest mod of the game at our blog.

Are you a fan of “Battle Royale games” like PUBG Mobile and Fortnite? Even if you really love them, these games can still become boring by repetitive matches. Even when you search for new games inspired by Battle Royale, you realize that most of them are the same. However, Sausage Man can change your mind! Instead of controlling normal human characters, you play as a sausage.

Instead of controlling normal human characters, you play as a sausage. It sounds weird but it’s true! The developer has brought humor in thrilling battles for real-time survival. Besides the unique graphics, you can still enjoy the basic features of a battle royale game such as survival rules, weapon systems, vehicles, and a lot of different equipment.

Sausage Man is published by So Funny Games, a game company based in China. At the end of 2020, the game completed the soft launch phase and was released in domestic app markets. Immediately, it created a craze for fans of the Battle Royale game. In addition to the traditional gameplay, the game offers new mechanics and a lot of unique features.

Finally, the global version of this game has also been officially released on the Android and iOS app markets. Besides Chinese, the game interface supports English, Spanish, Indonesian and Thai.

The gameplay is familiar but with more improvements

Sausage Man uses the familiar gameplay that we often see on typical Battle Royale games like PUBG Mobile, Free Fire. At the beginning of the game, you are dropped on an island, where a survival battle with 99 other players takes place. Your only mission is to collect weapons and resources on the map to fight, defeat opponents and become the last survivor. The battle ends when only one player remains alive.

All players when setting foot on the map have no equipment. So the first thing to do is to find a weapon or anything possible to survive. There are support items and weapons located at random locations on the map. You use them to fight. After a certain time, The Circle appears. If you’ve played any battle royale game before, you’ll definitely know the concept. This circle appears to limit the playing area. When it appears, you are required to move inside it.

When the circle appears, the support box is also dropped by the drone. These crates contain a lot of important items that if won, you can easily win. Some areas like the battleship or the Slime field in the forest provide more items, but it is also more dangerous as you can be knocked down by other opponents.

The arsenal in Sausage Man is very diverse when it takes almost the collection from PUBG. They are also divided into categories including Pistols, rifles, sniper rifles, shotguns… Especially in the game, there is the appearance of AK12, the perfect upgraded version of AK-47. In addition, there are 2 new cyberpunk-style weapons when they can fire energy bullets.

Accessories for weapons and characters are also complete. There are helmets, armor, medical boxes, extended magazines, scopes, handles, gun grips, silencers… In particular, there is an item that is a mushroom that, when used, your character becomes giant. Now you can move faster but also be more easily detected by the opponent.

The system of support items in Sausage Man is extremely diverse. In addition to the 4 basic types of grenades: smoke bomb, Molotov, nade, and flash, you have the opportunity to use a lot of other unique items. For example, there are slime bombs that allow the creation of square blocks to block bullets from enemies. Or put your character on a cannon and shoot to move to another location on the map. Some other unique items in the game such as music bomb, heart-shaped smoke…

Besides basic vehicles like UAZ, Buggy, and Motor, Sausage Man allows you to travel on other unique vehicles that you certainly cannot imagine. For example, you can find a pig and ride it to run across the map, or stand on a ball and move while shooting. Vehicles are an effective choice when you need to travel long distances to reach new areas or run into a safe zone.

There are 3 game modes in Sausage Man. They are:

In general, the game modes in Sausage Man are not much different from traditional battles. You can still assemble a team of up to 4 people to fight other teams. Besides, there is a solo mode available to play alone. Currently, the game has 2 maps, Battle Island (8x8km) and Rainbow Island (4x4km).

The game uses a familiar control mechanism. It is quite similar to PUBG. Basically, the control system in Sausage Man includes navigation keys and action keys. You use the left joystick to move the character, the opposite side is the character’s action keys such as shooting, aiming, reloading, jumping… When you approach an item, the interactive keys will show up. You can then pick them up or ignore them. Besides, you can customize any key on the screen by holding and moving it.

Sausage Man does not bring realistic graphics like PUBG or Fortnite. However, the game’s unique graphic style will surely satisfy you. Besides, the game is just over 200M in size. So it can run smoothly on many Android devices. The servers also always operate stably to ensure the connection speed of the players is always the best.

The mod version is not available at the moment. We will update it as soon as possible.