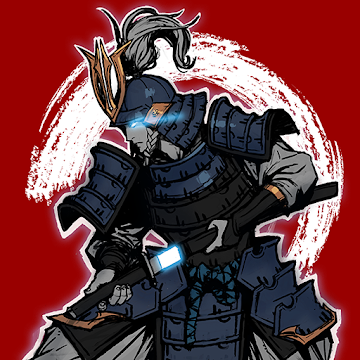 In Ronin: The Last Samurai, you become a lost samurai on a path to avenge your village. Get ready for this bloody and tearful battle!

Surely for many people, the most important factor in making a good game is authenticity. it would be no exaggeration to say that in today’s trending game genres, RPG – also known by the name Roleplay Games – has the most obvious role-playing element. This partly explains the reason why RPG is loved and received by the majority of gamers. Recently, a game company quite familiar to us – Dreamotion – has released the game Ronin: The Last Samurai and reached 1 million downloads and 4-star rating not long after that. Join us to explore more about this impressive figure in the article below.

While playing Ronin: The Last Samurai, you will play the role of a retired swordsman. The game is set in Japan in the past, a time when hunger haunted almost all of the people, including you. Thinking that this is the extreme of suffering, but suddenly the village you are living in is burned down by the general shogun. Losing your home, relatives, you decided to pick up your sword and slaughter all of this evil general’s henchmen for revenge.

With frighteningly realistic gameplay: Once you make a mistake and die, your journey will end, and everything will be back to the starting point. So, you do not want to be negligent for even a second. Plus, your opponents won’t hold back, and they will not let any chance of miss any chance of throwing you right to the afterlife, so be careful.

Harshly as it may sounds, but what exactly do you need to do in this game in order to bring the enemies to the afterlife instead?

In each stage, you will have to face a horde of weak to decent enemies, or from 1 to 2 strong enemies. The combat mechanics, however, are quite simple: A joystick to move around, an attack button with an icon of a sword, and a skill button that slowly fills up over time that can be used when fully charged.

You can also see your health bar and the enemies’ right at the top of the characters’ heads. If yours fell to zero, you will die and start everything from scratch, how simple is that?

Another bar to keep an eye on is the posture bar, which is colored in yellow and placed right at the bottom of the health bar. As you take damage or block attacks, the bar will fill up gradually. Once it has reached the maximum, you will be stunned for a while and cannot do anything. This will give the enemies a huge advantage since they can hit you freely. However, you can completely block an attack and return the damage to the enemies by “parrying”, which we will get through it right now.

You can get into the blocking stance by holding the block button. Moving is possible while in the stance, but your movement speed will be drastically decreased. Blocking will lower the damage taken and slower the filling process of the posture bar. Also, use block right after an attack can cancel the redundant animation and allow you to swing another attack right away.

If you are lucky enough, or maybe skilled enough, and able to use block right at the moment the enemy’s attack hit you, you will parry the attack. This will not only completely disable the attack, but the damage will be reflected on the attacker and stuns him, giving you an enormous advantage over the enemies. It is said that parrying is the key to success.

There are 3 options of chests that can be opened in the shop: Great chest, Magic chest and 10 Magic chests. The first two option will have a cooldown that shows you how long until the next free chest to open. The chests will give you equipment based on its rarity and will provide great help for you in the battles.

The Magic chests have a pity system that guaranteed that you will receive an epic equipment after 10 pulls. This also means that if you open the 10 magic chests pack, at least 1 epic equipment will be given to you.

Levelling up your character

There are plenty of ways that can be used to level up your character, which will make the journey easier. After defeating a boss for the first time, you will receive a soul fire called “Spirit of Vengeance”. This will allow your Ronin to have a stat upgrade. So, it is advised that you should always be careful with the new bosses.

Your character can also be upgraded after trainings that are available upon your account’s levelling up. You can spend coins for each training in order to have your health increased, posture extended, etc.

The journey of the Ronin is completely decided by you! By traveling with him, not only will you have a very good time relaxing but also your senses can be sharpened. What are you waiting for without downloading Ronin: The Last Samurai and enjoy it right away!