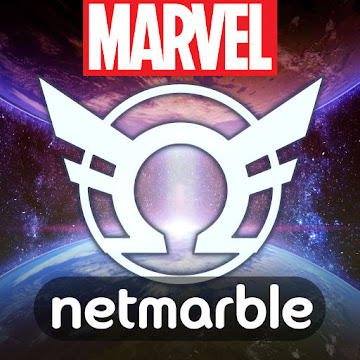 On the afternoon of August 25, 2021, Marvel’s blockbuster game was officially launched globally on both Android and iOS platforms. Following the resounding success of Marvel Future Fight, this game promises to be an innovative “revolution” for the mobile gaming industry. The detailed review below will give you the closest look at this newly released super product!

In particular, Marvel Future Revolution is also the first game to exploit the multiverse context, a content that is also making Marvel fans get ants in pants.

This huge hit has top-notch graphics, along with enjoyable cinematic action role-playing gameplay. The scenes in the game are carefully designed to make you feel like you are watching top-action movies. A perfect storyline coupled with attractive gameplay, vivid sound, and top-notch graphics will bring you a great experience.

At some unspecified time, our Earth is about to face a catastrophe caused by a collision with a strange plane at some unknown time. The only way to activate a particular system is to destroy the planet before the crash occurs to save humanity from the danger of destruction.

The person assigned the command to activate this special system is Dr. Hank Pym. Unfortunately, at no critical moment, the precious energy was stolen by the goblins. They are planning some evil plot.

In this critical situation, all superheroes are summoned quickly to deal with the evil goblins. Star-Lord, Black Windows, Rocket Raccoon, Iron Man, Captain America, Spider-Man, and even Captain Marvel also appeared and dealt with all the Goblins in turn.

Finally, the energy is returned to Dr. Hank Pym to activate the system and save the Earth from disaster. In the critical moment, the device is activated, a massive wave of power is fired towards the target, the mysterious planet.

The storyline of the game was suddenly interrupted here. And the game’s timeline started to rewind months ago. Superheroes begin to receive a summons from the future to stop a specific dark force.

They come from different times, transported by Doctor Stranger to an extensive research center. This is also the time when Iron Man combined Hank Pym to study to create Ultron robots.

From here, the player’s task will be to find clues about the dark forces through the memory stream. Then, collect them to investigate and prevent their dark plot in the future.

Can our superheroes take control of the situation? Is that dark force related to the planet rushing to Earth? And what will the heroes have to deal with? Let’s explore right in Marvel Future Revolution.

MARVEL Future Revolution is definitely a blockbuster mobile game this year. Let’s explore its great features with us now.

Coming to Marvel Future Revolution, players, after experiencing the future storyline, the player will play the role of superheroes. Will be taken by Doctor Stranger to the base area, where Iron Man and Hawk Pym are researching Ultron robots.

Choose your favorite character, be it Captain America, Captain Marvel, Spider-Man, Star-Lord, Storm, Doctor Strange, Black Widow, or Iron Man, to start your journey to investigate the clues of their past.

During the game, you will need to meet with NPC characters, exchange with them to get more information, and perform assigned tasks. From there, the enemy you need to confront will also gradually appear. Thus, depending on the mission, you will have to fight countless different enemies.

In the battle, each superhero can use different fighting skills. Like the current action role-playing games, players will need to defeat enough monsters to complete the mission or defeat the giant boss and collect the necessary items.

Rewards after completing the mission will include bonuses, experience, cards, equipment, and some other upgrade items.

With the choice to become one of 8 superheroes, players will transform into the superhero they desire truly. Each superhero will have its strength stats, attributes, and a unique set of combat skills. After leveling up, your character will also increase the power stats they own.

Each superhero has 6 fighting skills, including 5 standard attack skills and an ultimate skill. In addition, depending on the superhero, they will be able to fly, glide, rush to the target or defend. At higher levels, you can also unlock new skills. At the same time, you can also use gold coins to upgrade your fighting skills.

Equipment is definitely an indispensable part of action and role-playing games. Each superhero in Marvel Future Revolution can equip up to 4 types, including Armor, Pants, Shoes, and Gloves.

A unique feature of the game is that when you change new equipment for your hero, their appearance will also change. Thus, each complete outfit will create a different version of the superhero you own. Indeed Marvel superheroes will become more attractive if you fully equip them!

Each superhero in the game can equip up to 8 badges. Each badge will give your heroes different power stats. Gathering all 6 cards of the same type will help activate more special effects for your hero.

In addition to the main story mode, Marvel Future Revolution also has many different copies and challenges such as story mode, resource mode, Boss challenge mode, and countless other copies. Depending on each copy, there will be different methods of challenge.

Players need to defeat all the monsters, defeat the boss, or overcome the quest’s challenge to conquer the modes. Each game mode will bring different resources and rewards, making it easy for players to level up and increase their strength.

Surely the quality of the graphics will make many people confuse this is a game or not. Every scene and action in the game reaches great perfection, like the segments of a Marvel movie. Each setting, character, superhero, or monster is meticulously and sophisticatedly elaborated.

Marvel Future Revolution has perfect sound. The soundtrack includes carefully invested songs, adding drama to the levels and challenges. In particular, the superheroes in the game are all voiced by professional actors, helping the game’s plot to avoid boredom, making it more attractive and attractive.

Accompanied by countless potent battle sound effects, epic skill effects, and countless other effects, etc., contributing to making the game incredibly perfect, capturing attract a large number of interested and loved players. It can be easily seen that the developer invested in this super game with great care and dedication.

Marvel Future Revolution will be a free game focusing on character customization, and players will be able to control the heroes of the Marvel universe to fight. With the game title as well as the end of the trailer with Netmarble’s statement: “This is not just a war, this is a revolution.” Players have the right to believe in engaging and unrestricted gameplay for superhero fans.