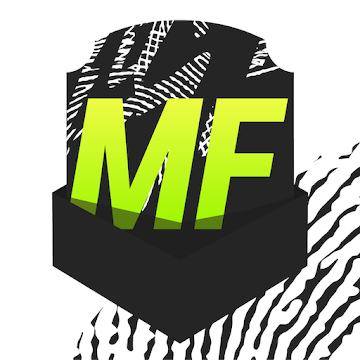 MADFUT 22 is a strange but addictive football game. It allows you to directly experience the top matches that are not inferior to real-life football matches. Keep reading for more information!

When it comes to football games, the FIFA series is a monument. It has been more than 20 years since the first version of this series was released, FIFA has become the most popular football game of all time. It is available on most platforms including Windows, Console, Handheld, and Mobile. Not only offers realistic gameplay that simulates football matches in amazing detail, but FIFA also builds attractive multiplayer modes where players can compete with opponents from around the world.

One of the points that make Fifa attractive is the collection of players and clubs that have been officially licensed. You have the opportunity to play and manage famous clubs with top players in the world such as Cristiano Ronaldo, Messi, Neymar, Jadon Sancho. However, the chance for you to own them in the team is not much. FIFA offers a variety of microtransactions called Draft & Packs. They contain random player cards and FIFA points. You have to pay real money if you want to open the Draft & Pack. Not many people can comfortably buy these packs and open them in the game. Thus, the simulation games Draft & Pack Opener was born. They allow you to open packages in FIFA absolutely free.

Whether you prefer to go directly to the game as a player or coach, MAD FUT 22 Draft & Pack Opener is the perfect pick for you. This exciting game allows you to build your own team, choose the best players, play with draft strategies, and more. It also offers a series of exciting in-game events, which bring you many valuable rewards. Don’t miss them!

MAD FUT 22 allows you to participate in the most exciting matches. Also, you can become a great coach who will build and lead your own team. As a coach, all you need to do is recruit talented players to build a strong team. Then, make an effort to lead your team to become the most formidable team.

Initially, this game will give you free packs, which contain famous player characters. However, you will need some luck to get the famous soccer player that they need. So, you will have a thrill when you open the soccer pack. There’s nothing better than getting the player you have always wanted.

If you want to own more quality players, you will need to invest in a paid football package, including silver pack, gold pack and race gold pack, etc. If you open these packages, you never have to worry about opening duplicate players. Instead, you can use the bonus after every win to buy great players for your team.

Build Your Own Team

One of the most outstanding features of MAD FUT 22 is the Draft feature. This great feature allows you to create a test team. Through that, you can understand the quality of the players when combining them together.

When adding a player to your team, the feature automatically shows the links between players. So, the more links between two players, the better they match in combat. As a result, it is possible to find the optimal strategy for the players you own.

However, it will take you some time to create a good squad. In the process of setting up your own team, you should learn and remember the information of your players. Over time, you will become more adept at team selection and setup.

You will be provided with hundreds of cards containing information about famous players globally, including retired players. Thanks to that, you will have the opportunity to approach Ronaldinho, Cantona, even David Beckham. There’s nothing great about seeing the legends again, right?

Of course, you will also have access to current famous players such as Messi, Ronaldo, or Sergio Aguero.

The fact of the matter is that MAD FUT 22 is not so focused on football matches. Instead, it is more appreciated to build a new squad and tactics. Therefore, it can be said that MAD FUT 22 Draft & Pack Opener is a confrontation between coaches. If you do not have the right strategy, you will not get far, even if you have a good strategy.

During the waiting period before participating in a football game, it is wise to watch the news about other teams to gauge the opponent’s ability. This will come in handy for your future strategies.

In general, the graphics of this game are not so excellent. Still, it is good enough to keep you playing for hours without getting bored.

It comes with a simple, modern, and user-friendly interface. The players in the game are carefully designed. Moreover, the black background in the game also allows the player image to stand out more.

You have a chance to receive noble rewards and or cards once you complete the collection of Player Squad Challenges.

This feature allows you to use your collected cards to play eight Ranked matches. In each match, you can rearrange the squad whenever you want. You will get incredible rewards once you win the leaderboard. Every week there is a new leaderboard for you to compete with.

This feature allows you to compete using teams created in Draft. You will probably get attractive rewards every week. Don’t miss them!

Free Shopping: You can buy everything in the game for free even if you don’t have enough money.

Overall, MAD FUT 22 gives you a unique experience that you will not find in other football games. That’s where you learn how to be a great coach. So what are you waiting for? Choose your favorite player, form a powerful team to defeat all formidable opponents.