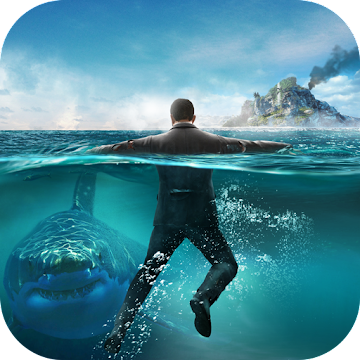 LOST in Blue takes you on a strange and dangerous adventure on a wild island. You are ready to face the challenges and learn to survive in this harsh environment.

LOST in Blue (formerly Lost Signal Survival) is an open-world survival game developed and published by Volcano Force. The game was released in some domestic markets in September 2020 before the global version was officially available on the app markets not long after.

LOST in Blue takes the familiar survival theme. The player suddenly has an accident on a ship and gets lost on an island. Here you have to face various problems including scarcity of freshwater, lack of food, and attacks from monstrous creatures on the island. Are you strong enough to withstand the dangers on this deadly island? Find the answer yourself now.

If you’ve ever watched LOST, a popular American TV series in the early 2000s, you’ll surely notice some similarities in this game. The developer also said that they built LOST in Blue based on the plot of this movie.

The story in the game begins when you accept an invitation to join a long cruise on the sea. It will be a perfect ride until a big storm comes. The accident that takes place makes you lost on a deserted island. And it seems that you are the only survivor of this horrible event. After waking up, you set foot in your battle for survival.

The first thing that you need to take care of is definitely water and food. Make sure they have enough to last you for days on the island before someone comes to help. You begin to move deep into the center of the island and quickly realize that it is not safe at all. Strange creatures appear and attack. They are like bloodthirsty zombies with blue skin and shrill cries. Fighting empty-handed with a swarm of zombies is of course unwise. The only way for you to be safe is to run away as fast as you can.

In your fight for survival, you meet a girl named Janes, who lives on the west side of the island. She and her daughter have also been trapped here for a long time. They built a hut with electric fences around it. However, it was your accident that destroyed everything. Now the important task is to rebuild everything as quickly as possible because this is the place to protect you from the attacks of the zombies.

After befriending Jane and her daughter, you propose to work with them to survive on this strange island together. An alliance has been formed and your battle for survival in LOST in Blue officially begins.

Key features of LOST in Blue

LOST in Blue has many similarities with Last Day On Earth when you have to find ways to survive the attacks of zombies. The game offers a large mission system and a lot of different activities for you to explore. Let’s see.

Survival in the desert island

Starting in LOST in Blue is really hard when you have nothing in hand. Do not be discouraged because if you want to return home, you must learn to survive the countless dangers ahead. The first thing that you need to do is run around looking for the necessary items and pick them up. You also need weapons, food, and some other tools to be ready for battle. Don’t go too far because the deeper you go into the island, the more you risk being attacked by zombies.

The initial control mechanism is quite simple. You move the character close to the items then touch them to pick them up. Interactive items in the game will emit blue light for easy identification. You have a backpack to store the picked-up items. Of course, it has limits. So consider collecting important items early. LOST in Blue allows you to do everything like a normal person to find a way to survive. Besides finding food and fighting mutants on the island, you need to build yourself a base to hide and store items.

There are many different activities to help you survive in LOST in Blue. For example, if you want food, you can find coconut trees to get fruit. Or create a fishing rod to catch the fish. Besides, don’t forget to collect seeds to grow your own food. This is how you always have enough food in the long run.

To survive on this island, you need a safe shelter. This is the place to protect you from the attacks of zombies. It is also the area where you build buildings, store items, and do research. Although it is possible to find other survivors on the island, your safety is not guaranteed. That’s why you need to build a shelter of your own.

To survive on this island, you need a safe shelter. This is the place to protect you from the attacks of zombies. It is also the area where you build buildings, store items, and do research. Although it is possible to find other survivors on the island, your safety is not guaranteed. That’s why you need to build a shelter for yourself.

It’s a great feeling when you turn an empty lot into a base with all the things you need. Besides basic items such as partitions, tables, chairs, stoves, you also need to make weapons to hunt zombies. Note that most of the equipment in the game has durability. This stat decreases over time that you use it. So if a page breaks, you need to fix it.

Upgrading items and weapons is also a good way to increase your strength in battles with zombies. Don’t try to hoard everything you find along the way because sometimes it’s not really necessary.

Zombies are everywhere on the map and are always ready to attack, so you will easily face them. If you don’t have a weapon, don’t be foolish to confront them. Sometimes you can pick up some weapons on the map. It is really useful for survival. However, if you want good ones, you need to make them yourself. The weapon system in LOST in Blue is very diverse with more than 40 different types. Besides basic weapons such as daggers, axes, shotguns, there are quite a few powerful weapons to help you easily kill zombies such as shotguns, shotguns, flamethrowers, chainsaws…

In addition to the variety of weapons, LOST in Blue has a large system of items for players to create and use in their battle for survival. The quality of items is ranked based on rarity, represented by stars. When you have 5-star items to equip your character, he can easily take advantage in battles.

The island you are stuck on has many mysteries. There was a thick fog covering it that made everything toxic. The atmosphere contains a certain virus that causes the creatures here, including humans and animals, to be transformed into undead. You can easily recognize infected creatures because they have green skin color and move very quickly when finding any target.

Fortunately, you are not infected. However, if the source of this virus is not quickly found, the island will surely be engulfed by zombies.

The adventure in LOST in Blue immerses you in an extremely tense and dangerous survival atmosphere. You will travel through volcanoes or build a boat to ride waterfalls, explore ancient ships, or get lost in a secret underground laboratory. At the laboratory, you meet Dr. Alenka, who will inform you of the urgent situation occurring on the island. He is working on a vaccine to save the survivors. You will have to help him by collecting blood samples from infected creatures.

With the data collected during the journey and the clues from the quests, you will find the answer to all the mysterious phenomena on this island.

The graphics of LOST in Blue is a plus because it’s really impressive. Comparing this aspect with another popular survival game on Android, Last Day On Earth, LOST in Blue did better. The developer has succeeded in building a deadly island with dangers coming from strange creatures.

The map in the game is very large and detailed with many different types of terrain including coasts, sandbanks, forests, caves, mountains, and deserts. In every area that you set foot in, you will surely be impressed by its scenery.

MOD APK of LOST in Blue

LOST in Blue is a great survival game for those who love this theme. The game is currently available on mobile platforms including Android and iOS. With beautiful graphics and attractive gameplay, it is definitely a perfect choice for you to kill free time in these days of social distancing.