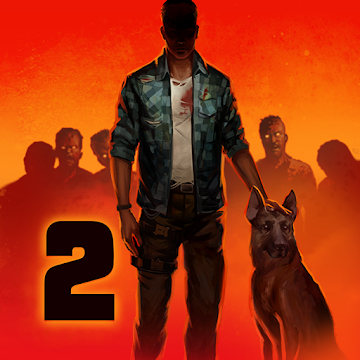 Into the Dead 2 is one of the best video games inspired by post-apocalyptic themes. Players must find ways to fight against attacks of zombies in a fierce survival journey. Following the success of its predecessor, Into the Dead 2 brings familiar gameplay on beautiful graphics and a lot of interesting stories revolving around the main character’s battle for survival.

Into the Dead 2 continues the success of its predecessor as it builds an incredible story. The story in the game revolves around James and his family. After the biological disaster, most humans were transformed into strange, frenzied, and bloodthirsty creatures. James and his family are the lucky ones not to be infected. However, they are in a chase by zombies. James begins his journey to escape the attacks and find a safe land. There is no hesitation in this war, you must move forward or die.

Although Into the Dead 2 has the same post-apocalyptic theme as Last Day On Earth, it has completely different gameplay. You don’t have to learn how to survive by building bases, crafting items, or finding resources. Instead, the game throws you right into the chase. Basically, the gameplay of the game is similar to an endless running game where you are the prey and the zombies are the hunters.

However, instead of running to your death, there is an endpoint of each level that you need to reach. Your mission is to use weapons to kill zombies before they cause damage to your body. The difficulty of the levels is increasing gradually as the number of zombies appears more and more aggressive.

The control mechanism in the game is quite simple. Your character automatically moves forward. You just need to navigate him left or right to avoid surprise attacks. Besides, just touch the screen to shoot when a zombie is in your way. Don’t forget to pay attention to items that appear randomly during the journey. They emit blue light. When you touch these items, you have a chance to get a new weapon, ammo for the weapon in use, or a health box.

The more zombies you kill, the higher the rewards you get, and most importantly, you have a chance to get more stars. However, sometimes you have to trade them for safety. The number of weapon ammo in each level is limited. The game does not allow you to freely shoot at any zombies you see. So only shoot when absolutely necessary. Zombies always appear from a distance so you can easily see them. The simplest way to save ammo is to move your character in another direction to avoid them. Note that some types of zombies sometimes change their direction of movement unexpectedly, so always be on the lookout.

Weapon ammo can be refilled if you run to ammo crates randomly placed on the map. They emit blue light for easy visibility from a distance. Sometimes these points provide a new weapon that is more powerful than the old one.

There are five stars on each level that you need to collect. They are the five objectives before you start a level. The more stars you have, the more chances you have to unlock new parts of the story and claim valuable reward chests. We will explain these goals.

The first star requires you to survive to move to the destination. It is definitely a goal that you must complete if you want to unlock the next level. This means that no matter what you do to survive to the end of the level, you are sure to have at least one star.

Basically, these two stars are not difficult to achieve if you have a reasonable playing strategy. Make sure you’re using a weapon powerful enough to kill your opponents as quickly as possible. Each weapon’s ammo is limited so don’t waste it. Don’t forget to run through the ammo crates to reload your weapon or get a new one. If in some levels you can’t complete these two stars because the weapon is too weak, try playing it again when you have unlocked new good enough items.

The last two goals are often not fixed. It depends on the specific situations in the level. Sometimes the game requires you to run through a barn, kill 10 zombies with one shot, use a pistol to kill 1 zombie, etc. In general, these goals are not too difficult to achieve. Before starting a level, do not forget to check the targets to choose the right weapons and tactics.

Fighting alone is definitely not a fun experience. Especially in the dark filled with bloodthirsty creatures. Don’t worry because when you reach level 10, you can unlock new features of the game. They are companions (Pet).

Instead of fighting alone, you have a trusted companion on your battle for survival. Your pet needs to be full before fighting. So don’t forget to buy food for them from the in-game shop. Into the Dead 2 currently has about 20 pets that you have a chance to unlock. These include dogs, lions, tigers, and even a zombie. Companions are unlocked when you collect enough pieces, usually found in gift chests after each level.

Each companion in the game is characterized by stats including attack and speed. They affect the combat ability of companions. You can upgrade these stats to improve your pets’ fighting skills.

You start in Into the Dead 2 with rudimentary weapons like a baseball bat and a Defender D9 pistol. They have low damage, low ammo, and are difficult to control. Don’t worry as the initial levels are relatively easy to complete. As you complete a level, there is a chance to unlock new weapons or upgrade existing ones. The game currently has more than 100 different weapons divided into groups including Pistol, Shotgun, SMG, Assault Rifle, Rifle, and Bow.

One thing is for sure, the difficulty of the levels is always increasing. Therefore, you need new stronger weapons if you do not want to suffer defeat. The two most popular weapon groups in the game are the SMG and the Assault Rifle. They have a large magazine and a fast rate of fire, important factors for killing the undead. In case you like guns with great damage, the shotgun is a perfect choice. When they get close enough, they can kill zombies with one shot. Each level only allows you to equip two weapons including a handgun and the main weapon. So you need to choose the right weapon.

Into the Dead 2 introduces a special weapon, the knife. It can be seen as your extra life. Using knives is the only way to survive when you are grabbed by zombies. They can kill the undead easily when they get close enough. Knives can be found in reward chests or you can also buy them in the shop.

Upgrading your favorite weapon is also a way to increase your chances of winning. Upgrade materials can be found in chests or from quest rewards. When you level up a weapon, its elements are improved including reload time, increased damage, extended magazine, reduced weight…

PIKPOK has been extremely successful in recreating a dangerous atmosphere in a post-apocalyptic setting. The game uses dark colors to highlight the gloomy and creepy space where the player must survive. You can hear the footsteps, the screams of the undead in the distance. Besides, the background music in the levels also creates suspense when you fight. All these elements will make you feel like you are watching a horror movie.

MOD APK of Into the Dead 2

Unlock VIP Features: To help you unlock all the features, we offer you the VIP version. You just need to download and install to receive the following VIP offers:

Into the Dead 2 is definitely a perfect choice for the followers of the horror game series with a post-apocalyptic theme. Besides interesting gameplay, there are many improvements in this version compared to its predecessor. Please download the game via the link below.