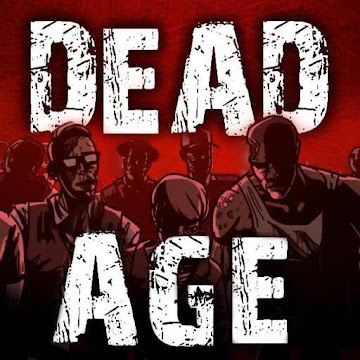 Becoming the last survivors after the apocalypse is sometimes not as lucky as you think. If you are skeptical about this luck, try to experience the feeling of survival through the challenges in Dead Age.

Zombie and the apocalypse is always an attractive topic that game developers want to exploit and create. With this topic, you are no longer familiar with games like The Walking Dead or Last Day On Earth, etc. Each game has its own story and exploits many attractive survival elements. It can be a humorous zombie world, a battle of heroes born at the wrong time, or a community trying to survive under the pursuit of zombies. Headup – the producer of Dead Age also did not ignore this “potential market” to develop their own story. Through this game, they bring an opportunity for gamers to transform into the leader of a community; and try to lead them to survive zombie attacks. Let’s find out what this game has that attracts many players.

An intense outbreak of zombies makes humanity about to be extinct. Fortunately, you are one of the survivors and become the leader of a group of people in the camp. The survivors need your protection to escape the danger of doom. However, survival is not everything because you always have to face danger all time. The supplies of food and medicine were limited, but the number of people injured was numerous. Plus, your shelter is also damaged and needs to be repaired with special items.

The danger outside the camp was even more dangerous. Zombies appear more and more, and they are always looking for survivors to defeat. Moreover, gangs of hostile survivors are also lurking to attack your party nightly. In addition, to increase the thrill of Dead Age, players can completely encounter random events in the search for necessities. Also, players can randomly encounter uninvited guests such as zombies, bandits, etc.

This classic role-playing game forces you to learn survival skills and apply them expertly. The survival battle in Dead Age is challenging. Subsistence items are very scarce and appear scattered across the map. This random appearance makes it even more difficult to get food for members of your team. Therefore, as a leader, players must constantly infiltrate the zombie’s area to collect these items. The player’s HP will depend on the amount of food and medicine available. The smaller the number of these items, the longer the HP recovery. Therefore, players need to learn how to use weapons, various types of bombs or traps, and strategies to penetrate more easily.

Moreover, to keep all members alive, players need to find a way to craft survival equipment and trade them. In addition, as a leader, players need to know how to command their team members. Players can direct team members to perform various tasks. They can be looking for resources, crafting weapons, or protecting groups. Let make use of their power to keep your team alive.

The characters in the game are all designed with different looks and skills. Depending on the work they did before the zombie apocalypse, their skills also differed. For the nurse characters, the potion-making skill and first aid stats will be high. For police or soldier characters, ranged attack skills and melee stats will always be at the top. To balance the force, the producer of Dead Age has divided the characters into three types of skills and four types of jobs. Three types of skills are ranged, melee and support. The four types of jobs are medical, protection, life skills, and crafting. Depending on your strategy, you can invest and develop your character system.

Similar to the character system, the enemy system is also invested in detail. Players will face enemies equipped with special skills and powers. They can attack twice in a row or heal allies. The battle will become more challenging when your combat potential is low while the enemy is strong. Gamers must think and use reasonable tactics to win without losing too much force. Plus, the battle mode in the game is Conditional Turn-Based Battle. Therefore, do not forget to consider the situation to arrange the appropriate battle formation. In addition, at the end of each level, players will have to face bosses with unpredictable power. Each level will have a different final boss, so players cannot apply the same strategy to the final bosses. If you are not careful, your whole team can die at any time.

Open endings based on your choice

Dead Age is built in the form of an open ending. The system allows you to choose yes or no before your destiny story begins with each different mission. These decisions do not last forever but are limited to a period. During the journey of survival, players will be faced with many choices. Different choices will have different degrees of impact on the end of the game. Players cannot predict what their choice will bring. Whether it is a release, a happy ending, or a new life is up to you.

Thrilling quests on a world turbulent by a zombie invasion make Dead Age so compelling. Download the game now to become a talented leader, command, and lead your team through this survival journey.