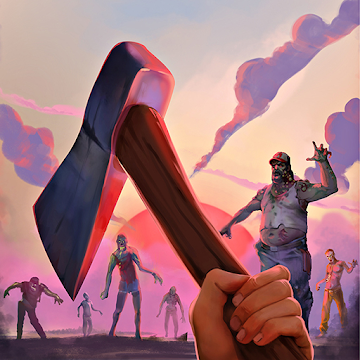 Fight and survive in the post-apocalyptic world of Days After, the exciting mobile survival simulation game. The latest mod of the game is now available on our blog, ready to download it?

The topic of zombies and all are no longer some strange topics among people. It exists everywhere from movies, plays, music, and even games. Sure enough, the “elites” such as Last Day on Earth by Kefir, World War Z by Saber Interactive, and more are unignorable when we are mentioning this topic. Today, we would like to introduce to you Days After: Zombie Apocalypse from developer ReactGames Studio. Although published to the Google Play platform just sometime before, the game quickly gains huge attraction and reached a 4-star rating with more than 1 million downloads! What is the reason behind these interesting numbers? Let’s go with us and find out more about Days After in the article below.

Breakthrough among the peers

Like we have mentioned before, games with the main topic of zombie, apocalypse, or zombie apocalypse have existed for quite some time. With that being said, to make a product with the same concept that has been used before and is not new anymore is an obstacle that is hard to overcome. However, ReactGame studio has proven the opposite with Days After, where the topic is similar, but the gameplay and storyline are absolutely not. The game surely is unique and a new breeze that is blown onto the zombie-related concept.

Participating in the game, players are placed in the shoes of the lone survivor in the middle of a zombie breakout, or should we call apocalypse. Here, you will try and do anything you could to survive by building and upgrading the shelter, adopting guard dogs, creating weapons and defenses, etc. Of course, you will start from the number zero, which also means extremely vulnerable. Collecting resources, farming, grinding materials, etc. will help you to climb higher on the safeness “ladder”. It is all survival of the fittest!

What the game has to offer

Enough with the wobble around, what exactly can you do in the game, or must do, to be exact?

In this zombie apocalyptic world, you have no right to make a mistake since everything is hungry for blood and brains. Surviving while acquiring materials in a harsh environment is a must. Make weapons and build your base. Fight against wild creatures, bandits, and the undead. The primary goal is to survive at whatever cost. There will be zombie hunts, quests, a dozen different locations, dangerous monsters, and pets. The brave will be able to meet their love, but it will be difficult. You’ll have to fight for her and do all in your power to keep her alive.

Your character can be controlled by a joystick located at the bottom left of your screen. To the right are the set of buttons, which help you to assault, pick up items, crouch, access inventory, consume food, etc. The map is also visible 24/24 to help you from getting lost and losing trace of your pre-made base. Most important, at the top left of your screen lies your character information, which you should always pay attention to and avoid losing all your HP and becoming a zombie yourself.

Or also known as the daily quest. Doing these tasks will give you the experience to level up and unlock more things to craft and use. This is one way to keep track of your progress and avoid messing up what should be done first or last. The menu of the daily quest is located in between the joystick and HP bar.

At level 1, you will start with a wrecked, unsafe house. By finishing tasks like we mentioned above and gathering enough materials, gradually, the ruin-seemed house will become a whole stronghold. The key to success to Days After, or any other game of the same genre, is that you should be patient and keep farming. Looking back to the old base when you have stepped on a new level is quite a fun thing to do.

Be the owner of your land

It is of utmost importance for you to keep track of the events happening around you. The observation tower is made solely for this reason. By getting on top of the tower, you will be able to observe the outside world and find more non-contaminated beings to help. The tower is upgradable and will unlock more areas on the map if you do so. Be sure to give the tower as much care as your base.

Say, if you see someone in danger with zombies nearby, what will you do? Of course, trying to help them is the first answer that comes to your mind, right? However, running there barefooted might not be a very good idea. Instead, prepare some kind of vehicle beforehand and rush to the rescue like a hero! By doing so, you can keep both you and the victim safe from the cold-blooded, brain-addicted zombies.

MOD APK of Days After

Does the unlimited money mod feature exist in Days After mod APK?

Are not. Currently, it is not available.

Thoughts of the game?

We have said it and we will say it again: Although having the same topic, Days After still stand out from its “friends” due to the interesting gameplay and lots of optimization feature. Players surely will fall in love with the game just by spending seconds with it. Step into the dangerous but thrilling world of zombies and be the survival! What are you waiting for without downloading and trying it out right away?